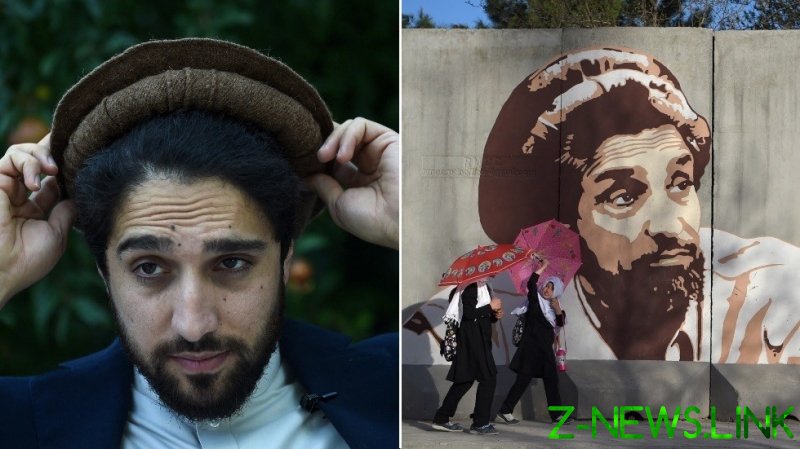 The pitch was published by Massoud in The Washington Post, where a modern-day Charlie Wilson could presumably read it, and is worded in no uncertain terms.

“The United States and its allies have left the battlefield, but America can still be a ‘great arsenal of democracy,’ as Franklin D. Roosevelt said when coming to the aid of the beleaguered British before the US entry into World War II,” Massoud wrote.

He asked “Afghanistan’s friends in the West” to intercede on his behalf in Washington, New York, London and Paris. He pledged that “mujahideen fighters and I” will have the resolve to fight the Taliban for women’s rights and free press in Afghanistan as well as to protect the West from terrorist attacks.

Taliban northern land grabs came after years of hostility between the US-backed government in Kabul and tribal ethnic minorities who inhabit Northern Afghanistan. Exemplifying the rift was the 2014 presidential election, in which Pashtun-supported Ashraf Ghani ran against Northern Alliance leader Abdullah Abdullah. Ghani’s victory was mired by allegations of fraud, and keeping him in power required US mediation of a power-sharing bargain, under which Abdullah was appointed chief executive officer.

The ethnic conflict continued nevertheless, adding to the accumulating disillusion with national politics and a creeping radicalization in the north. A rematch between the two politicians in 2019 was marked by a record-low turnout amid Taliban threats against organizers of the ballot.

Meanwhile, the Islamist movement changed too, departing from its monolithically Pashtun origins and turning into a more ethnically diverse conglomerate of militant groups, united by a fundamentalist ideology and the struggle against NATO’s presence in Afghanistan.

Ahmad Massoud, who is now in his early 30s, raised his father’s torch in late 2019, trying to rally supporters and prepare them for a possible Taliban onslaught in the wake of the upcoming NATO pullout. As of May, Western intelligence services were reportedly refraining from formally cooperating with him but did keep in touch.

In addition to the loyalty that his name evokes, he has the benefit of the military and political education he received at various prestigious schools in the UK. He also has a vocal ally in French philosopher Bernard-Henri Levy, who was a personal friend of the Lion of Panjshir. In fact, the call for arms in The Washington Post begins with an anecdote of how Levy told Shah Massoud: “When you fight for your freedom, you fight also for our freedom.”

The French activist, who declared the fall of Afghanistan into Taliban hands as a personal disgrace of President Joe Biden, has been openly supporting Massoud Jr.