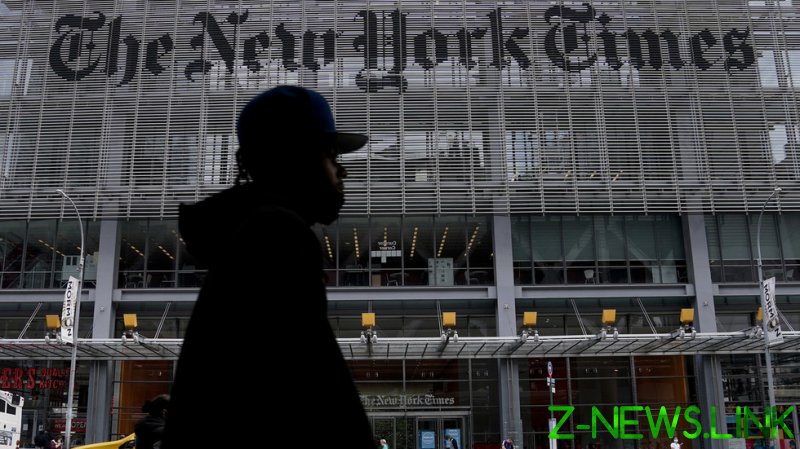 David Enrich, the newspaper’s business investigations editor, detailed in an article Tuesday some of the rumors that have been lobbed around by Democrats since the Times reported that Trump has $421 million in personally guaranteed debt. Some of the theories involve Germany’s Deutsche Bank making loans to Trump because they were backstopped by Russians.

“But the theories don’t hold up,” Enrich wrote. Deutsche Bank confirms that all the loans in question remain on its own books. Personal guarantees by Trump, which would allow the bank to seize his assets in the event of default, ensure that risk is low.

“It is not impossible that evidence will emerge that muddles this picture,” Enrich said. “For now, though, it isn’t very complicated.”

That hasn’t stopped leftists from trying to stir up intrigue and innuendo about Trump’s debts. Democrat vice-presidential candidate Kamala Harris has been among the chief purveyors of such drama, including her comments at last week’s debate with Vice President Mike Pence.

The problem with that performance was that Harris already knew – or easily could have known – the sources of Trump’s loans. Such information is publicly available in annual financial disclosures by holders of high office, such as Trump and Senator Harris. Trump’s 2020 financial disclosure. Lender names, loan types, amount ranges, interest rates and maturity dates.

But Harris, who previously questioned whether Trump owes money to a foreign nation, wasn’t alone. In a discussion of Trump’s finances last month on MSNBC, US House Speaker Nancy Pelosi questioned what leverage Russian President Vladimir Putin has over Trump. “Well, what’s the connection?” she asked. “We’ll see. But the fact is, whatever it leads to, the fact is over $400 million in leverage that somebody has over the president of the United States.”

Rolling Stone magazine declared, “Trump’s massive debts are a national security crisis.” The magazine’s theorizing included this line: “If Vladimir Putin, for example, can backchannel a loan or a handout to the president, how hard is Trump going to be on Russia?”

Journalist Michael Tracy pointed out that Enrich is the New York Times staffer who specializes in Trump’s finances. That the newspaper would admit that there’s no evidence Trump is financially beholden to the Kremlin came as a surprise to Twitter commenters.

“Can’t believe NY Times could publish this,” one observer said. “I’d expect they say, ‘No evidence to prove Trump doesn’t owe money to Russia.'” Another tweeted, “Then WTF was the last three f***ing years about? Why did the Democrats put the American people through Russia-gate?” Still another noted, “Sadly, the damage has already been done, and there are already a lot of simpletons that believe the president is an agent of Russia.”

But anti-Trump commenters aren’t letting go of the belief that there must be financial foul play. “Every knows the dirtbag doesn’t owe money to Russia,” one observer said. “Now, figure out who he does owe money to.” Another said, “Right, nothing sketchy about the Deutsche Bank loans.”