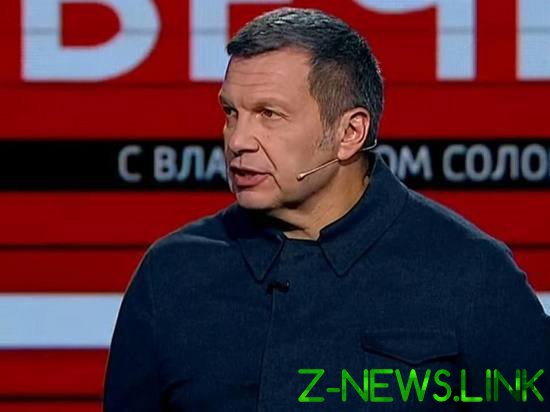 Showman did not hesitate in expressions

Presenter Vladimir Solovyov called the journalist Vasily Utkin scum and “fat swine”, simultaneously accusing him of xenophobia. Such an assessment is a sports commentator and was awarded the word about the General producer of “Match TV” Tina Kandelaki.

“He also that is an absolute Nazi bastard and a jerk, xenophobic in its purest form,” said the presenter, commenting on a tweet Utkina on Kandelaki. In this commentator addressed the General producer of TV channel “Match TV”, as Tina Salviana.

Solovyov said Kandelaki represents all that “is impossible in life Utkin”. According to the presenter, the hatred of the journalist to the General producer – “smart, intelligent, professional woman” – connected with his dislike of other nationalities and women in General.

Recall that the verbal sword-play between Kandelaki and Utkin began in 2015, after the commentator refused to work under her leadership. According to Utkin, the journalist has no professional qualities and skills for the control channel. Meanwhile, on Thursday, July 9 commentator published in the Telegram post under the telling title “Farewell to Kandelaki”.