Home / policy / Solovyov about the opposition rally in Moscow, 2019

Solovyov about the opposition rally in Moscow, 2019 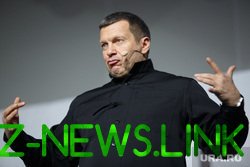 According to the journalists working at the hospital on Vavilov street, where is Alexei Navalny, detained two dozen people. Earlier it was reported that around midnight the police detained several people. As reported by the headquarters of the opposition in the paddy wagon was at least 12 people. Among the detainees are journalists with press cards, including two of the correspondent of “Rain”, they were later released.

According to the “media zones”, were detained the lawyer of FBK Alexander Pomazuev and photographer Georgi Markov. The photographer told that he was beaten and broke his camera, despite the presence of press cards and the performance of his editorial task. Some of the detainees were taken to OVD “Academic”.