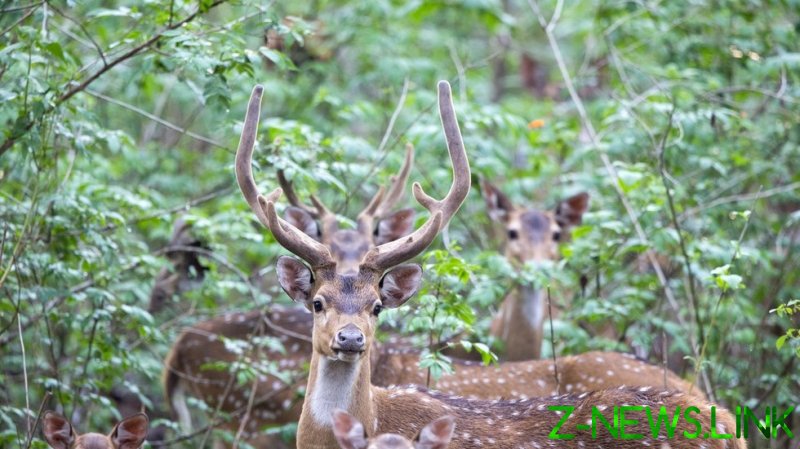 A Paraguayan soldier has died after he was run through and gored by an axis deer from India in the gardens of the country’s presidential palace. He was declared dead in a military hospital.

Speaking on Tuesday, military spokesman Colonel Victor Urdapilleta said that Sergeant Victor Isasi, 42, died as a result of piercing injuries, having been run down by a deer in the early hours of Tuesday morning.

The non-native deer, which was gifted to the presidential residence, gored the soldier with its antlers. CCTV captured the moment when Isasi, who was on patrol at the time, approached the deer before it attacked. Isasi later died in a military hospital.

“On the security camera you can see [the sergeant] enter the sector where these animals are and he makes a movement [lifts a hand] that provokes the deer’s reaction,” Urdapilleta told the media.

The director of wildlife at the Ministry of the Environment, Frederick Bauer, told local media that the animal was an axis deer from India. Animals in the 10-hectare (24-acre) enclosure of the presidential palace are normally kept separate from other creatures and are not meant to come into contact with people.

Urdapilleta admitted that “it is not appropriate to have exotic animals in captivity but there is no regulation.” He added that the next of kin would be compensated.