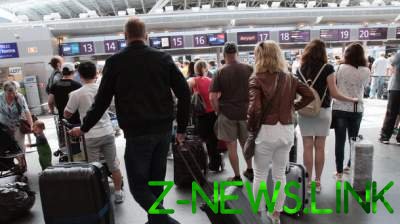 To leave Ukraine wants more than a third of the population.

The majority of Ukrainians do not want to move to live in another country, 61% are willing to stay at home, and to leave their homeland is not against 35% of respondents. This is evidenced by the research of the sociological group “Rating”, which interviewed 1,200 respondents all over the country during September.

“Compared to last year, the number of those who would like to relocate to another country, increased slightly (from 30% to 35%). Those wishing to leave most of the residents of the West (41%) and young people aged 18-35 years (54%)”, — sociologists.

Those who would like to live abroad, among the reasons often called a better life, a better future for children, the availability of work and the desire to get an education.
Work

As for employment, 44% of respondents would like to just find a job outside Ukraine. However, the same number believe that they have no chance to do it. Among the respondents, only 14% actually worked abroad. At the same time, 33% were interested in employment outside the country: about the job learn most often from family, the Internet, or through a distant acquaintance. Want to work abroad often refer to the greater s/n, better working conditions and income for specific purposes (education, housing, etc.).

The coveted “guest workers” countries — Germany, Poland, USA, Canada and the Czech Republic. “The youth more than any other wants to work in implementation as a specialist and gain experience in international companies, senior — because of better social security abroad”, say the sociologists. With stable job abroad to return home ready 65% of Ukrainians.

“The younger the respondents, the higher their level of education and the more they provided, the more of them who would want their children or grandchildren studying abroad”, — sociologists.

As for bizwise, more than half of our compatriots (52%) believe that it will positively affect our country. However, 80% of respondents believe that bezviz will lead to the outflow of labor from the country.

“The Ukrainians often think that abroad more jobs and higher wages. But, as the poll shows, the majority is ready to return after earnings at home. There are two reasons: first, it is a cultural connection and roots, secondly, earning a lot of money back home to spend it more profitable to cheaper products,” says psychologist Lilia Voronin.

Experts explain why the inhabitants of the Western regions, and young people are more exposed to migration outside of Ukraine: “the West country people because of the proximity with the border more travel experience, they are more mobile, — said Voronin. — As regards young people, it is more modern, flexible and rarely has emotional connection with the country. In terms of study abroad for them more interesting, because the training focused more on practical and applied knowledge.”