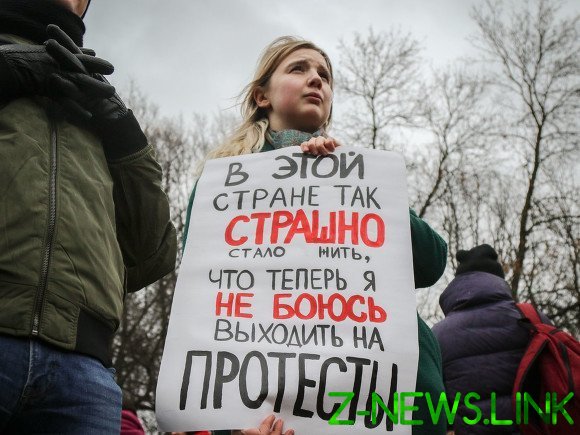 Serious ideological changes observed in Russian society social researchers. As “Vedomosti”, referring to the report of the independent research group of Sergei Belanovsky, half of Russians believe that it could lead to mass protests.

Meanwhile, the newspaper reminds, Belanovsky and his group were among those who predicted the “Bolotnaya” protests in Moscow in 2011-2012.

The study mentions that the trend of negative power has increased to pandemic coronavirus infection, in the mass consciousness significantly deteriorated the image of the authorities of the country, although their guilt in causing COVID-19 no.

Particularly significant, researchers believe that the power ratings are reduced and also among its supporters. In addition, the weakened state propaganda and people took control of anxiety, irritation and anger.

The report States that “the main object of negative statements was President Putin, and the main claim to him that he does not justify the hopes placed on it and built a government system that is not working.”