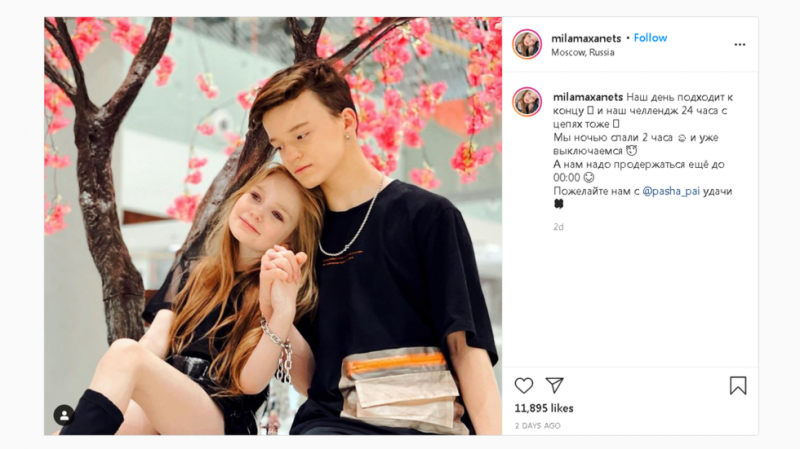 On Instagram, in a now-deleted post, the eight-year-old revealed that she’d entered into a relationship with Pasha Pai, a 13-year-old blogger apparently living in Moscow. As well as her large subscriber base on Likee, she also has 486,000 followers on Instagram. 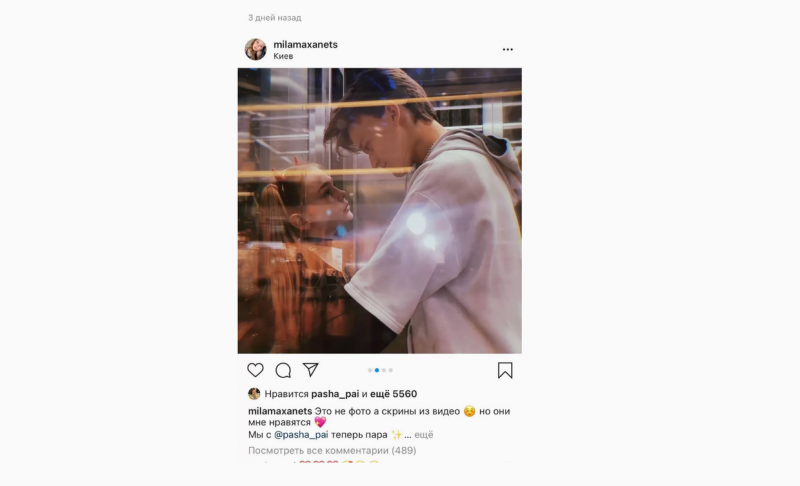 “Pasha and I are now a couple,” she wrote.

However, despite only recently gaining mainstream attention, the relationship has apparently been going on for some time. On their ‘Instagram Stories,’ the two lovebirds have posted photos of themselves kissing – and even sleeping in the same bed.

Another photo published by Pasha shows the two shackled together while Milana brushes her teeth in her underwear.

Once the story hit mainstream news, most of the provocative photos and videos were removed. According to the description on the account, Milana’s profile is run by her mother, Darya, and she has taken the brunt of the backlash. Writing on Instagram, Darya explained that she didn’t have a problem with it, noting “this is their life, and they will figure it out on their own.”

On social media, the mother has taken a lot of criticism, with some calling for Milana to be taken off her, and for her be prosecuted. On Facebook, a well-shared post from a Kievan woman named Gerda Weber took aim at Darya.

“Mila’s mom Darya has trouble with her head,” Weber wrote. “She sexualizes her own child for money. In addition to the squealing children in the comments, Darya doesn’t realize that the lion’s share of views come from pedophiles.”

“The problem of child models and children participating in beauty contests has always been a cancerous tumor in the celebrity-forging industry. Nowadays, children bloggers have been added alongside them,” she wrote, noting that it could end in an “overdose at 14 years old” or “serious psychological conditions.”

Another post, from a lawyer named Anna Malyar, claimed that Milana’s “mother made a seductive woman out of an eight-year-old girl for perverts.”

Ukrainian journalist and former politician Igor Mosiychuk also commented on the scandal, noting that it “requires the immediate intervention of the National Police.”

“All this promotion on Mila and Pasha’s social networks is very, very close to child pornography and is a breeding ground, which, like honey, attracts and stimulates pedophiles to act,” he wrote on his Facebook page.