Home / WORLD / Social media, have mercy! FBI laments that deplatforming of ‘extremists’ makes it harder to spy on Americans

Social media, have mercy! FBI laments that deplatforming of ‘extremists’ makes it harder to spy on Americans 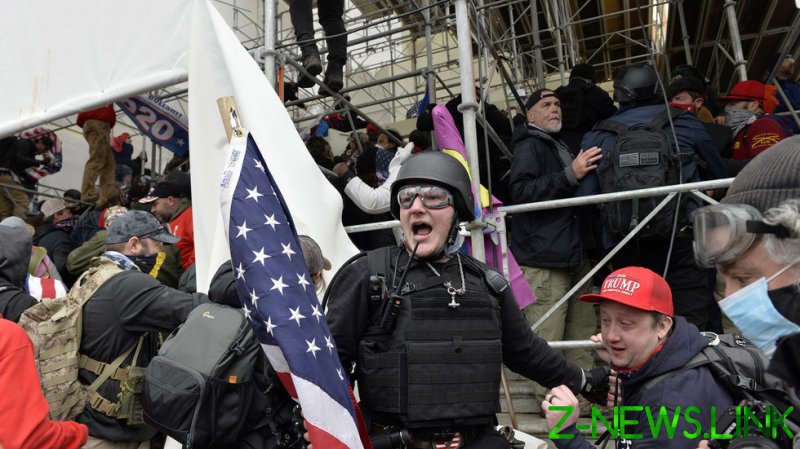 A former FBI profiler recently took to NBC to complain that while Big Tech restricting Americans’ ability to freely communicate was all well and good, it was making it harder for the US intelligence apparatus to properly snoop on every aspect of these people’s lives.

FBI alum Clint Van Zandt complained that a 70-year-old man involved in the raid on the Capitol earlier this month was totally unknown to the bureau, showing up with a truck full of Molotov cocktails, a rifle, and some “improvised grenades” unheralded by any sort of presence on social media.

Lonnie Coffman, the man in question, had no criminal record or ties to any extremist groups, but “was struggling financially and fixated on right-wing views,” Van Zandt explained, adding – in all seriousness – that the senior citizen was the sort of threat that keeps FBI agents “up at night.”

Leaving aside the laughable image of the US’ deep-pocketed intelligence apparatus being thwarted by a 70-year-old man from Alabama – who, it’s worth pointing out, is not known to have even entered the Capitol building (!) – FBI agents like Van Zandt and their local counterparts in small-town sheriffs’ offices are really worried that if social media keeps purging Trump supporters and other undesirables, these platforms will create an unstoppable army of Lonnie Coffmans.

“The purging of people with radical views from popular social platforms, which has escalated in recent weeks, deprives investigators of a crucial tool in tracking people who might move along the continuum of ideation to action,” the former agent said.

In plain English, the profiler lamented that mass deplatforming prevents FBI agents from both spying on the majority of Americans whom it considers to be potential domestic terrorism threats and entrapping wannabe criminals by posing as terrorists, militia members, and other law-breakers.

Indeed, given that nearly all high-profile FBI cases involve the bureau entrapping suspects, and that this work is increasingly done online, Facebook, Twitter, and YouTube have become crucial tools in what the FBI describes as its fight against domestic extremism. Ordinary Americans might describe the agency’s work, however, as an unjustifiable effort to lure ordinary people into committing crimes in order to make the FBI and the rest of the US’ sprawling intelligence apparatus seem indispensable.

Now that – according to such free-speech-loathing figures as former CIA director John Brennan and House intel committee chair Adam Schiff – the War on Terror is coming home, the FBI is going to need all the help it can get to manufacture the terror statistics that could possibly justify criminalizing political dissent in a nation whose Bill of Rights includes an ironclad guarantee to protect the individual right to free speech. The bureau certainly isn’t going to get that if it hasn’t been cultivating a pool of bored young men with no economic future across multiple platforms, stringing them along with promises of things that go boom.

So please, Twitter and Facebook, the next time you highlight a bunch of users whose views fall outside the ever-more-stifling claustrophobia of the mainstream media and prepare to hit ‘delete’, think of the FBI.