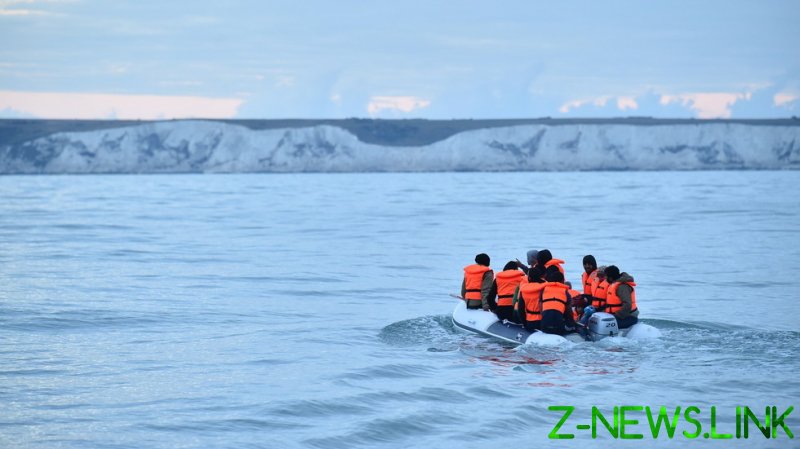 Social media companies are failing to censor, suspend, or ban hundreds of accounts that are linked to people trafficking.

According to Britain’s National Crime Agency (NCA) nearly 500 of the more than 1,200 accounts they reported to Facebook, YouTube, and other sites because they were found to be aiding illegal migration are still up and running. The NCA’s director of threat leadership, Rob Jones, recently told MPs, “We were very certain when we made these referrals that there was a problem with those accounts. To see that level of attrition, with not all those accounts being closed, is challenging for us.”

He added that people smuggling into Britain was “flourishing,” thanks to Silicon Valley companies’ encrypted services providing a “really good, dynamic, agile way for people to move migrants between them, and for groups to communicate.” These revelations come following a record-breaking day for English Channel crossings, which saw 409 people enter Britain illegally via small boats launched from France.

Put simply, people smuggling is a very real and serious problem, illegal under both national and international law, and serves only to enrich vile and violent criminal gangs with tentacles reaching right across the globe. Moreover, it’s exploitative and immoral. Why would Silicon Valley want to play a part in enabling this despicable trade to continue?

Their reluctance is even more baffling when you consider what they will ban people for. Dead-name a trans person? Adios! Use racially insensitive language? See ya! Call Covid-19 a hoax? Bye! Run an account urging people not to vote for Trump or Biden? Sayonara. This is not to say that doing any of those things is either good or bad, but none of them is a crime in the sense of causing actual physical harm. People-trafficking, by contrast, costs lives, but apparently doesn’t breach their terms and conditions.

One can only assume that their reluctance to help in this regard is down to the fact that the issue has been so politicised. Sensible discussion around migration, both legal and illicit, has been virtually impossible for years. Rather than acknowledging it to be the nuanced and complicated issue that it is, the debate is becoming increasingly polarised. It’s being painted as though the only options are to either let every man and his dog into Britain or pull up the drawbridge entirely. The debate in America over the southern border has seen a similar hardening of positions.

As a result of this, and because Trump and the Tories are in favour of more stringent controls, such an approach is deemed reprehensible in liberal circles – and Silicon Valley is, after all, just about the wokest place on the planet. This has to play some part in their reluctance to shut down some of these trafficking groups. No doubt they’ll be portrayed as simply trying to help desperate people escape the war-torn countries they ‘re fleeing from to reach safety.

But that doesn’t reflect the reality of what these online communities are being used for, which is as hubs for smugglers who charge migrants and refugees thousands of dollars to make dangerous journeys with no guarantee of refuge at the end. It’s all very well sympathising with these people, and indeed we should – it would be heartless not to. But the sympathetic thing is not to encourage them to make illegal and dangerous journeys, particularly when they’ve already got as far as France, which – though it would be amusing to say otherwise as an Englishman – is perfectly safe.

When social media companies aren’t happy with stuff happening on their platform, they can stop it. Racism, for instance, is taken very seriously – unless, that is, it’s directed towards white people. This has been ably demonstrated by people tweeting identical messages and swapping out “white” for “black,” then getting suspended for one but not the other. And then there’s journalist Meghan Murphy, who was banned for life for tweeting “men aren’t women tho,” and the time taken to put warnings of ‘manipulated content’ on posts that are obviously satire.

All of this makes the decision to allow accounts the authorities say are promoting human trafficking to continue to exist even more bizarre. It has to be politically motivated in some way. They must fear that shutting them down would make them appear anti-refugee or anti-immigrant, and they desperately wish not to be seen that way. In fact, they desire it so much that they’re willing to allow exploitative people smugglers to use their services rather than face a liberal backlash. They need to re-evaluate their priorities, and fast.