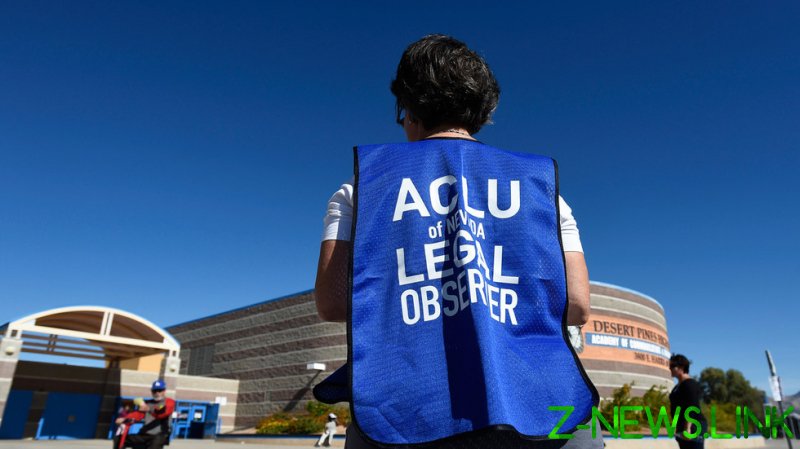 Robert Jackson, who worked as an associate director for the ACLU, alleges that he was demoted and eventually sacked for highlighting the lack of minorities in the organization’s senior ranks and proposing ways to increase diversity.

“Despite the good the ACLU has done for the black community outside of its walls, it appears that the scope of its stated mission starts and ends there,” the legal complaint states.

The lawsuit demands compensation for economic damages resulting from his termination and asks the ACLU to cover legal fees related to the case.

Jackson’s dispute with the group began in December 2009, after he objected to Kary Moss, the ACLU’s director, posing for a photo with former US attorney general Jeff Sessions during a company conference held in Montgomery, Alabama. The event focused on ways that the ACLU could help the black community, and Jackson felt that the photograph was inappropriate because Sessions had backed policies that had “targeted” black Americans.

In an effort to air his concerns, Jackson and several of his colleagues gave a speech at the conference which pointed to the dearth of black leadership. They offered recommendations on how to address the alleged disparity, suggesting a policy that would focus on black candidates when filling senior positions. Jackson and his cohorts also called for a program to help black employees already in the organization to climb the corporate ladder.

However, the proposals were apparently met with disapproval by Jackson’s superiors. Given the ACLU’s track record when it comes to battling discrimination, Jackson assumed that the organization would support his ideas. Instead, he was instructed by his supervisor, Chief Analytics Officer Lucia Tian, to “‘keep quiet’ and to be ‘the cooler head in the room’,” the lawsuit claims.

He alleges that he was increasingly marginalized in the months that followed, and was eventually demoted, resulting in his salary being cut almost in half. In May 2020, he was offered a severance package of one month’s pay if he resigned, on the condition that he signed a non-disclosure agreement. He was fired three months later after refusing the offer. His treatment illustrates how “complaints about systemic racism within the ACLU itself are not welcome, nor are the people who speak out,” Jackson’s complaint reads.

A spokesperson for the ACLU told Vice News that the organization denies Jacksons’ allegations, but declined to go into specifics.

The plaintiff’s attorney, Alex Hartzband, accused the organization of engaging in a “reprehensible” campaign of retaliation against his client.

“At the ACLU, of all places, employees should feel free to speak out about discrimination without fear of reprisal,” he told Vice.

In April, the nonprofit acknowledged that it could “do better” when it comes to diversity within its ranks, stressing that it aims to internally reflect “the ambitions we have set externally.”

The ACLU has been at the forefront of many race-related issues, weighing in even on seemingly minor disputes if they are construed as potentially discriminatory. In April, the group warned President Joe Biden’s administration against a reported proposed ban on menthol cigarettes, noting it would have “serious racial injustice implications.”