Home / Video news / Sobchak on the Russian TV were arguing over the Crimea. Video

Sobchak on the Russian TV were arguing over the Crimea. Video 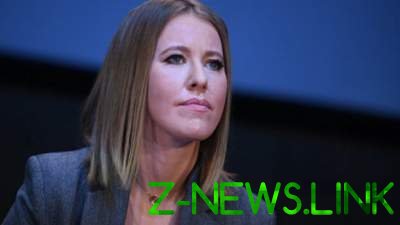 TV presenter Ksenia Sobchak, who declared intention to run for President of the country, the air of “Echo of Moscow” gave a dispute with journalist Alexey Golubev about her words about the occupied Crimea.

Media representative recalled that Sobchak said about the Ukrainian Crimea.

“I didn’t say that. You can tell your incompetence in everything. I said it. You could find the exact quote, and then we’ll continue this conversation. It seems to me that after all you have better to prepare for the airwaves” – indignantly said the candidate in presidents of the Russian Federation.

After that, she said that they do not what to say. Between them there was a quarrel, during which they accused each other of incompetence, and Sobchak asked her quote about the Crimea “in the Studio”.

She also noted that it is necessary to consider from what point of view we look at this question.

“Of course, the question of the Crimea is very complicated. It cannot be solved in one fell swoop hands up or down and so on. Real people live there… Many do want it and voted for it, and people can not be like this, back and forth juggling act. This is a complex issue. This is a huge geopolitical catastrophe that happened to our country”, – said Sobchak.