Sobchak made a loud statement about the war in the Donbas 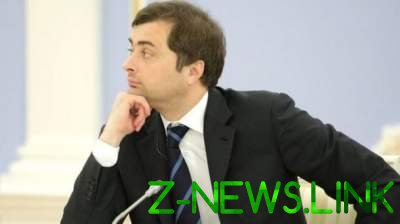 The candidate in presidents of the Russian Federation considers the conflict a big mistake that will be difficult to correct.

The candidate in presidents of Russia Ksenia Sobchak believes that the Russian presidential aide Vladislav Surkov to blame for fueling the conflict in the Donbas and the situation that develops there now. She stated this in an interview with Russian journalist Yuri Dude, which is published on its YouTube channel.

See also:  Former Deputy Prime Minister made a loud statement on the Crimea

According to her, Surkov blood on his hands for the war in Ukraine.

“I belong to Surkov as the person who at the moment are responsible for what is happening in Ukraine. I believe that at the moment he’s got blood on his hands. To me, this situation looks so”, – said Sobchak.

She noted that Surkov made a huge mistake with Ukraine.

“The fact that he was involved in Ukraine, it is a huge mistake that I don’t even know how it will be possible in the future to correct”, – said the candidate in presidents of the Russian Federation.