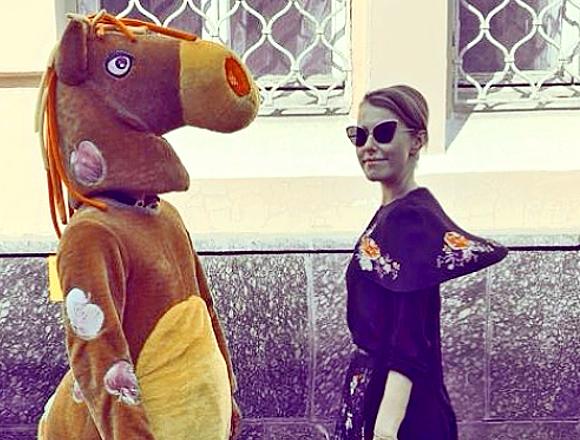 TV presenter Xenia Sobchak has reacted to the news about the entry of the musician Sergei Shnurov in Party growth. On his page on Instagram she wrote that his chosen party “definitely a good choice for Boris [Titov] and for Sergei”, and compared his policy with the horse.

“About as harmonious looks restless horse in a one bedroom apartment,” she said. At the end of the post Sobchak paraphrased a famous line from a song Shnurov:

Earlier the leading called the entry of his party banality. “I’m Sergei has always appreciated originality”, — she was annoyed. In addition, Sobchak recalled that the first Cords mocked her political ambitions, and suggested that it was caused by envy.

On 20 February, the musician received a membership card from hands of the leader of the political Association Boris Titov at the Congress in Saint-Petersburg. “I think I’ll definitely be useful, at least make the bright colors will call a spade a spade,” said Cord party members.

A month earlier, sources among officials reported that the musician considered as a potential leader of a new party projects of the Kremlin in the Duma elections. Cords devoted to these rumors obscene poem.