Home / WORLD / So, the word ‘spooky’ is racist now? Actually, what’s really frightening is this policing of language!

So, the word ‘spooky’ is racist now? Actually, what’s really frightening is this policing of language! 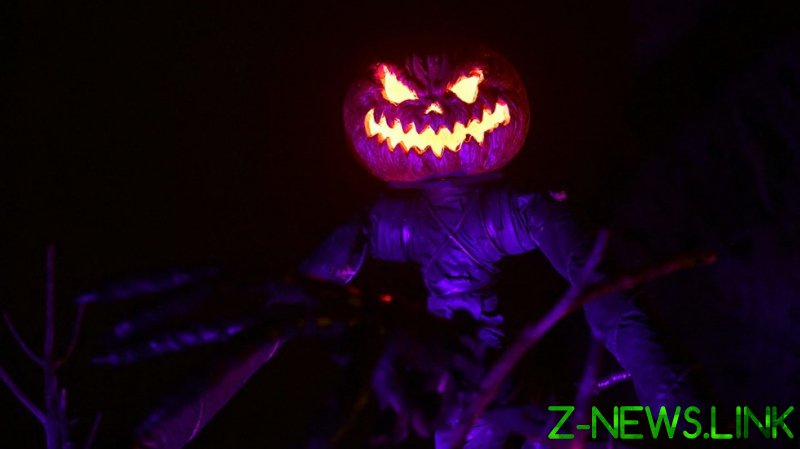 The National Theatre of Scotland has decided that the use of the word ‘spooky’ has ‘racist’ and ‘oppressive’ connotations. Since it is unlikely that anyone has used ‘spooky’ as a “racial slur,” it is evident that potentially any term can become a target of the language police.

Philip Roth, the towering American novelist who died in 2018, is probably chuckling in his grave. The key event in his fantastic novel, The Human Stain is when Coleman Silk, a frustrated college lecturer reacts to absent students in his class-room, by asking; “Does anyone know these people? Do they exist or are they spooks?.” His use of the word ‘spooks,’ is maliciously interpreted as a racial slur and he quickly becomes the target of a vicious campaign devoted to cancelling him.

Roth knew that his readers would be repelled by the absurdity of attaching a racial connotation to the word ‘spook.’ But despite his deep insight about the passions driving the freelance censors he would be shocked by the stupidity of the behaviour of a serious cultural institution like the National Theatre of Scotland. In a grotesque manner, life is imitating art.

Since the publication of The Human Stain in 2000, the policing of language has become a caricature of itself. In the current climate just about any word stands a chance of gaining the attention of the language police.

The New York Times columnist John McWhorter wrote of a person who was told off for using the term “brown bag lunch” on the grounds that the “phrase evokes the crude color scale that some elite (and elitist) African American organizations are said to have used, once upon a time, to determine eligibility for membership, with only people lighter in complexion than a brown bag admitted.” Whether or not this claim has any historical validity it is certainly the case that when real people use this phrase, they are concerned about one thing – and one thing alone – which is their lunch.

As McWhorter remarked, if we ban brown bag lunch, it follows that “we should no longer refer to whipped cream, since enslaved people were whipped, or shucking corn, because the phrase ‘shucking and jiving’ refers to Black people faking glee to placate white people.”

Offence archaeologists are busy examining the supposed origins of words in order to fill their quota of censored words.

At Brandeis University they thought they had struck gold when they found a good historical justification for banning the word ‘picnic.’ They claimed that the word picnic was “often associated with lynchings of black people in the United States, during which white spectators were said to have watched while eating, referring to them as picnics or other terms involving racial slurs against black people.”

Nor are most human beings aware of the fact that the taking of a brown bag lunch to a picnic will soon be portrayed as a crime against humanity.

It is difficult not to have a good laugh about the manifest illiteracy and idiocy of the current cohort of officious censors. Having dispatched the word picnic to oblivion, activists at Brandeis have produced a long list of forbidden words, such as ‘tribe,’ ‘mentally ill,’ ‘addict,’ ‘crazy,’ ‘wild,’ and ‘insane’. Other institutions have also produced their list of verboten terms.

One wonders which offence archaeologist was the first to come up with the bright idea that the word ‘brainwashing’ is an inappropriate term that scandalises individuals suffering from epilepsy? One struggles to grasp why Flinders University’s Inclusive Language Guide has decided that the term ‘stone age’ is inappropriate and must be replaced by the more appropriate term of ‘complex and diverse societies.’

However, the growing institutionalisation of censorship is not a laughing matter. Those who decide what words we can and cannot use wield considerable power over our behaviour. The prevalence of self-censorship in higher education and other cultural institutions shows that the value of free speech has lost much of its authority. All too often I hear people say, ‘can I say that’? Asking permission to use a specific word is entirely OK in the world of childhood. But when grown-ups adopt the linguistic confusions associated with childhood, you know that society is in trouble.