So the Soviet Union gave Belarus? 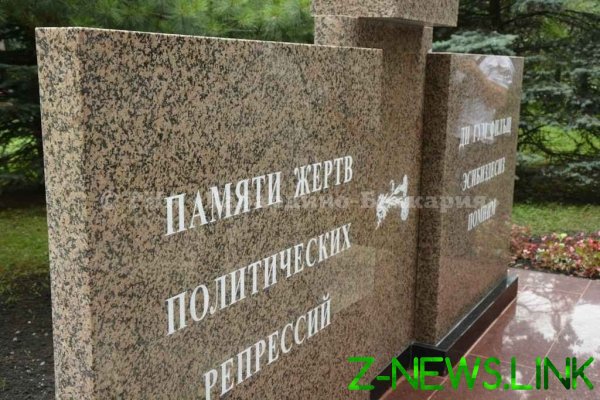 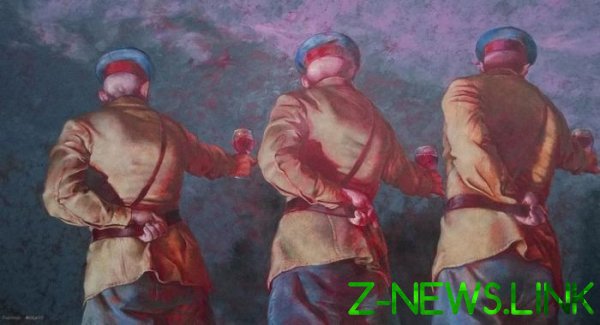 So, friends, today will be a post on an interesting and important topic — and that, in fact, gave Belarus the USSR? From time to time meet to review the cries of fans the scoop about how “flourished in the Soviet Union of the brotherly Belarus“, but if you look at the facts — almost all the years scoop on Belarus fell cold and miserable.

Judge for yourself — in 1920-30-e years of the initiative and cruel Bolsheviks here staged a testing ground for repression — destroying all who did not come for the bright image of the socialist future, in the 1940s — on the territory of Belarus two tyrant staged a bloody war, in 1950-60th years in the country (especially in rural areas) was grinding poverty and shortage, when to buy woolen coat — people camped out on the steps of the Gum. And then it was no better and Brezhnev’s senility and then another big adjustment and poverty.

In General, in today’s post — a story about what the Soviet Union gave Belarus. Make sure you check out the article below, write in the comments your opinion, well to friends to add do not forget)

Mass repressions, destruction of the intelligentsia.

Almost immediately after the establishment of the BSSR, and Annex it to the Soviet Union, Belarus started the mass repression against all dissent. The 1920s was a period of relative freedom – repression was the point and focused mainly on the former tsarist officials and other similar public.

With the beginning of the 1930-ies the situation has changed dramatically — under the roller of the Stalinist political repressions were almost all Belarusian intellectuals — who were arrested on trumped-up reasons, was accused of participation in some sort of “nationalist circles” and then shot in Kurapaty — according to various estimates, this tract on the Eastern outskirts of modern Minsk, is from 70 to 250 thousand shot of Belarusian citizens.

The stories of my grandmother, who in the 1930s studied in one of Minsk schools — parents were repressed (sat or was shot) in almost half of the students. Insanity it got to the point that the phrase of one girl, “now we’re starving, and Stalin now I suppose white rolls eat” — her parents almost went to jail.

There is still need to consider that repressed usually the best and most active and caring — those who could and wanted to do something for the country. In the 1930-ies they all fell with a broken head in Kurapaty — so that Belarusians have nothing to be thankful of the USSR, rather the contrary.

The destruction of historical values.

The Bolsheviks blew up the cathedrals and churches, ruined castles, destroyed the town’s historic buildings, like town halls and houses of artisans — all this was done ostensibly to “fight the king’s dark legacy” and “opening the road all new and progressive”, but the real problem was the other — the destruction of the historical memory of the peoplewho could remember that in the past people lived quite differently — with the election and change in government, with an elected self-government of cities, with religious and other tolerantnosti. Part of a campaign to destroy historical memory was the renaming of streets historical names of the city streets, often existing since the XV-XVI centuries, were replaced by the Soviet model.

Only in one Minsk during the Soviet “transformation” was destroyed the beautiful Church of St. Thomas Aquinas (XVII century), the Cold synagogue (XVI century), Catholic cemetery on the Golden hill (XVIII century), as well as dozens of houses of the old city building of the XVII-XIX centuries. Often on-site historical buildings, the Bolsheviks quickly built something of their own- that was not even the question of recovery. So, for priemere, in the Belarusian town of Rechitsa on the site of an ancient castle of the XVII century, was made a football field — although there were many empty seats.

The second World war, the many battles which took place on the territory of Belarus and which killed many Belarusian citizens, was largely a foreign war for Belarusians and Belarus on its territory and with the participation of its citizens fought two empires of evil — Nazi Germany and the Soviet Union. The Nazis burned in Belarus villages, and drove people to forced labor in Germany and the Bolsheviks of Belarusians were shot in Kurapaty, arranged and Famines drove people to the concentration camps of Vorkuta and Kolyma. After the victory of the Belarusians do not have a better life — “having obtained the victory, we didn’t get freedom,” — wrote the Belarusian classic Vasil Bykov, who was himself a veteran-artillerists.

I personally believe that if the Bolsheviks seized power in Petrograd in 1917, no Second World war would simply not be in Europe there would be a destabilizing factor in the form of the Soviet Russia/Soviet Union and no Hitler simply would not have appeared — a refresher horrors of the First World war, Europe would have developed in a peaceful way, and there would be no new terrible war. As a consequence, a lot of Belarusians would not have died — so, Belarus and not here for that thanks to the Soviet Union. Without the scoop it would be only better.

Perhaps the worst drawback of the Soviet system, in which Belarus has lived for several decades — is the education of entire generations of opportunists — this was due to the war and the Soviet repressions of the XX century, during which survived the most quiet — who preferred to sit tight.

In fact, this concerns not only Belarus, but also any other Soviet countries — the “Soviet people”, which the Bolsheviks declared one of its goals — in fact was supposed to be the people a trimmer, which is unconditionally and meekly accept any decision of the authorities (whether the construction of the temple is square or export of relatives in a concentration camp), pokrycia only “so be it, as it should be, surrounded by enemies but we grow stronger!”.

In General the Soviet Union could say “thank you” in quotation marks for the negative selection, which he held in my country.

In addition to all the other things described in the preceding sections, apart from war, repression, and negative selection – scoop brought to Belarus Soviet shortages and poverty. Fans scoop whoop “but the USSR was not oligarchs!” — forgetting to add that baineu dump the oligarchs either, and all are equal in their hopeless poverty.

Only in the nineties, with the fall of the scoop — people in Belarus began to live more or less decently and got a chance to earn and travel abroad.

You can still remember the Chernobyl disaster during which Belarus suffered the most, and Afghanistan — where it is unclear for what was sent to die Belarusian guys. It turns out — from the Union of my native Belarus, was only one misfortune, and it is good that the scoop is no more.