Home / WORLD / So now ‘Covid anxiety syndrome’ is a thing? We can’t escape one crisis of inflated health risk by dreaming up new ways to be ill

So now ‘Covid anxiety syndrome’ is a thing? We can’t escape one crisis of inflated health risk by dreaming up new ways to be ill 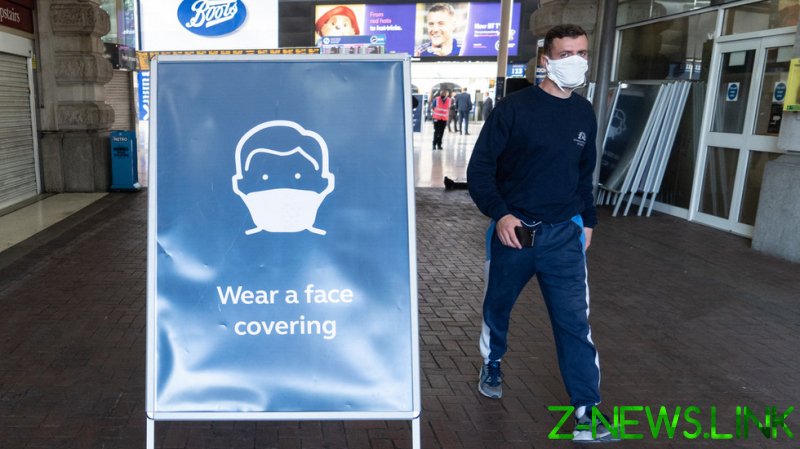 A small study claiming that “residual anxiety” over coronavirus may lead people to encounter difficulties reintegrating into society, even after the decline of the virus, has been widely reported this week. The authors, who surveyed 300 individuals in the UK, claim that people are increasingly experiencing what they call “Covid anxiety syndrome,” characterised by “compulsively” checking symptoms, avoiding public spaces, and obsessive cleaning, even as cases are declining in the UK.

Yet this ‘syndrome’ is a peculiar one, as it appears difficult to distinguish between these ‘symptoms’ and those behaviours and attributes that have been expressly promoted as desirable responses to the pandemic. Perhaps dimly aware of this possibility, the study’s authors offer a feeble attempt to distinguish between activities promoted by public health campaigners and those that are “maladaptive.” Anxiety about Covid is a problem, the authors claim, when people act in “overly safe ways.”

However, from the point of view of public health promotion, no amount of risk aversion is too great. Indeed, a level of fear so great that people cannot leave their houses was seen as a desirable outcome of public health policy during the pandemic. Even the pathologization of people continuing to act fearfully in spite of a decline in cases is difficult to sustain. Beliefs that things were getting better and that the virus was ‘under control’ have been widely pointed to as causing its resurgence around the world. Hope is for fools. Those who know, know we should never stop fearing.

Extreme though it is, this is not an entirely new development. For decades, we have seen the decline of explicitly moral exhortations to change behaviours in favour of encouraging and spreading fears about associated health risks. Thus, for example, we are no longer told to avoid alcohol because it is a vice, but rather because it is a risk to our health.

Indeed, a state of constant awareness of potential threats to one’s health, no matter how small, is positively encouraged as a desirable attribute of the modern citizen. It is no surprise then that many people would answer a survey indicating heightened anxiety and fear about coronavirus related phenomena. We are constantly told that this is how the good, responsible citizen should react.

Yet even a heightened level of fear for one’s personal safety is not enough for policymakers. Increasingly, this shift from moral to harm-based behavioural controls has slipped into harms to others. So, claims-makers move from “don’t drink because it harms your health” to “don’t drink because it harms your children’s mental health.” During the pandemic, we saw this emphasis on other directed harms in warnings to young people not to go out, lest they “kill granny.”

Doubtless, each one of us has at some point passed on a virus to another person who was ill as a result. But we lived with this as a normal part of life, partially buffered by our ignorance of this fact. Now, we are encouraged to become hyper aware of how even the act of breathing can be a murderous act, as a series of government ads showing the deadly effects of apparently everyday activities were designed to show.

Thus, risk aversion acquires a moral edge. The good, moral person is the one who shows the most awareness of risk. Indeed, even prior to coronavirus, whole celebrity-backed campaigns have grown up around simply ‘raising awareness’ of new and exotic risks. Risk awareness itself becomes a form of moral goodness.

None of this is encapsulated by making sense of fears about coronavirus through the trend of finding, naming and – potentially lucratively – treating new ‘syndromes’ and anxieties. Indeed, doing so only feeds into these broader trends. Naming new syndromes encourages people to be on the lookout for ever more symptoms. Watch out for a suspicious cough on the one hand, and ‘excessive’ anxiety about that cough on the other. In the end, citizens can’t win. But risk entrepreneurs win in droves.

We can’t find our way out of the never-ending sense of health in crisis by dreaming up new ways to be ill. Instead, we need to refuse to see ourselves as forever patients in waiting.