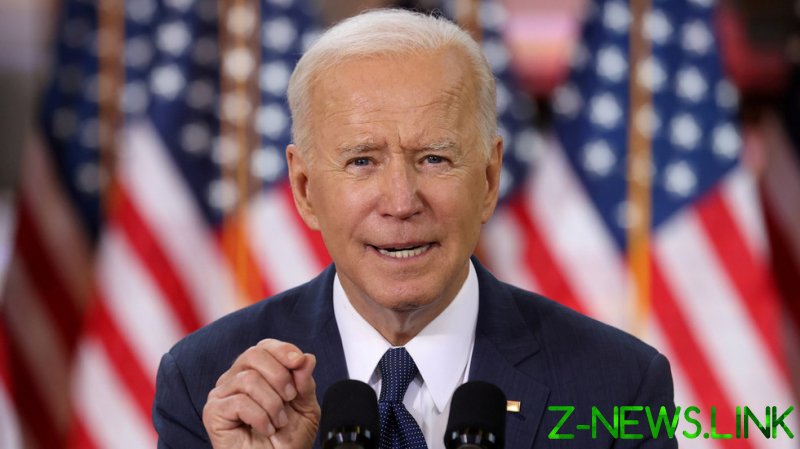 Speaking to ESPN on Wednesday, Biden said he would “strongly support” the baseball league moving its All-Star game in July out of the state, in response to a Republican-authored election security law signed by Governor Brian Kemp last week.

“I think today’s professional athletes are acting incredibly responsibly. I would strongly support them doing that,” Biden said, calling the new law “Jim Crow on steroids” and falsely claiming that it would “close the polling place at five o’clock” so “working folks that I grew up with” would be prevented from voting.

Republicans say these measures are necessary to prevent voter fraud, while Democrats say that they’re racist. Biden has repeatedly claimed that the law would close polling stations early, a line echoed by his press secretary. However, this is a lie. So too is Biden’s claim that voters waiting in line will be denied water. Instead, only election workers will be allowed to interact with voters in line, in a bid to combat last-ditch electioneering from campaigners.

Amid the partisan back-and-forth, activists have demanded that some of Georgia’s biggest corporations pressure lawmakers into repealing it. Delta Airlines and Coca Cola have both spoken out against the law, as have a number of prominent black Wall Street leaders, among them Merck’s Ken Frazier and former American Express CEO Ken Chenault.

With Biden throwing his weight behind the corporate opposition to the law, some pundits roasted him for not just “taking work and community income” away from Georgians, but doing so based on an apparent lie.

Republican consultant Josh Holmes accused Biden of leading “a totally fact-free assault on Georgia,” while pundit Guy Benson wondered sarcastically if this is what voters expected when Biden promised to “heal,” “unify,” and “be a president for all Americans.”

Punishing a state over a piece of legislation certainly seems to clash with Biden’s assertion last year that the US is “so much bigger than..a collection of clashing interests of Red States or Blue States.” It also brings to mind efforts by former President Donald Trump to cut off funding to so-called ‘sanctuary cities’ that refused to enforce his immigration policies, or to withhold federal cash from “anarchist jurisdictions” – Democrat-run cities that didn’t crack down on ‘Black Lives Matter’ and ‘Antifa’ violence last year.

While Biden and the corporate world pile pressure on Georgia, the state’s Republican lawmakers have shown no intention of backing down. Shortly after Delta Airlines condemned the voting law on Wednesday the Republican-controlled Georgia House of Representatives voted to rescind a tax break on jet fuel for the company.

“They like our public policy when we’re doing things that benefit them,” House Speaker David Ralston told the Atlanta Journal-Constitution. “You don’t feed a dog that bites your hand.”