So much for ‘believe women’? New York Gov. Cuomo says ‘no truth’ to sexual assault claims against him…and media fall in line 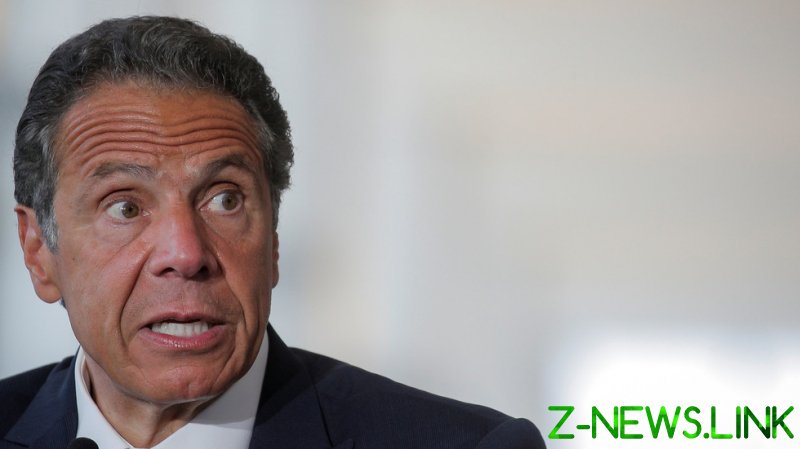 Lindsey Boylan, who spent three years working for Cuomo, denounced her former boss on Sunday in a series of tweets accusing him of sexually harassing her and suggesting she was far from the only one to be mistreated by the governor.

Boylan insisted Cuomo had harassed her “for years” and warned that giving the New York politician a national platform as Biden’s attorney general would be a mistake they could not afford to make. “I saw how he wielded power for years,” she tweeted, noting that Cuomo “takes advantage of people.”

Cuomo did not directly address the accusation, instead delivering a message through his press secretary, who told reporters “there is simply no truth to these claims.”

But far from the “believe all women” line the media establishment has recently taken with regard to sexual harassment cases in the wake of #MeToo, news outlets quickly cast doubt on her story, disturbing many on social media who called out the double standard on reporting sexual harassment allegations against Democrats and Republicans.

Some wondered if Cuomo’s people had literally written the articles that seemed to dismiss Boylan out of hand.

Calling the Democrats “the party of victim blaming,” many observed that Cuomo was getting the same treatment afforded presumed President-elect Joe Biden, who was accused by former Senate aide Tara Reade of sexually assaulting her while she worked for his office.

“I guess we aren’t believing all women now,” one commenter snarked.

Boylan worked for Cuomo from 2015 to 2018. She had previously described working for the governor as “the most toxic team environment [she] had ever participated in” before opening up about the abuse she allegedly suffered at the hands of Cuomo in Sunday’s tweet thread. Other women would come forward, she explained, if they weren’t “deathly afraid” of the vindictive governor. “The messages and texts I receive when I speak the truth about this…it’s a whole book of people who have been harmed,” Boylan tweeted, adding that “many saw [the harassment], and watched.” She is currently running for Manhattan Borough president as a Democrat.

Cuomo was tapped over the weekend to potentially serve as attorney general in the incoming Biden administration. While he is beloved by some Democrats for his outspoken criticism of President Donald Trump, he is loathed by many in New York who accuse him of kowtowing to wealthy donors while leaving the state’s healthcare system in ruins – warped priorities that, along with his order to place coronavirus-positive patients in nursing homes, helped contribute to the state’s sky-high death toll from Covid-19.