Home / WORLD / So much for a Covid baby boom: A big drop in the number of kids being born shows what happens if you scare people about the future

So much for a Covid baby boom: A big drop in the number of kids being born shows what happens if you scare people about the future 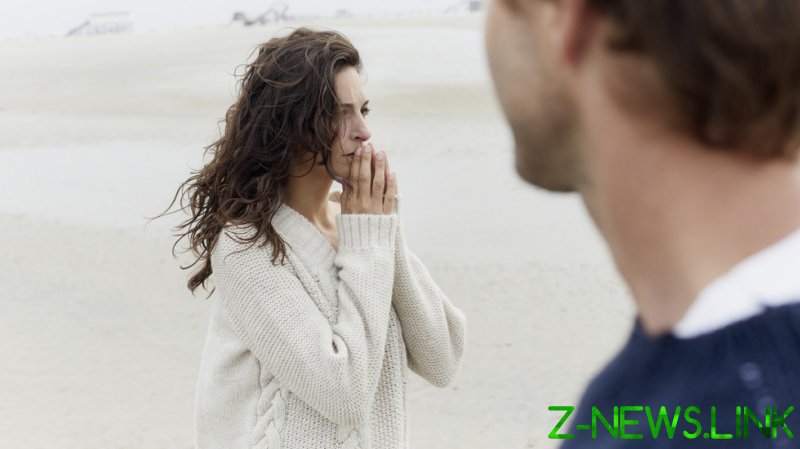 When the UK first went into lockdown in March 2020, the fact that we were all stuck at home most of the time with nothing much to do led many people to assume that the pandemic might lead to a ‘baby boom.’ How much could we ‘Netflix and chill’ and drink too much before thoughts turned to more amorous pursuits? Health minister Nadine Dorries tweeted what many people thought: “As the minister responsible for maternity services, I’m just wondering how busy we are going to be, nine months from now. #InThisTogether  #COVID19”

In fact, pretty much the opposite has happened. As early as June last year, researchers at the Brookings Institution in Washington were warning of a baby bust. Contrary to the “persistent myths about birth spikes occurring nine months after blizzards or major electricity blackouts… the Covid-19 crisis is amounting to much more than a temporary stay-at-home order. It is leading to tremendous economic loss, uncertainty and insecurity. That is why birth rates will tumble.”

Those fears have now been ‘born’ out, according to figures on birth rates coming in from across Europe, which show severe and unprecedented falls. In France, births in January were down 13 per cent. According to the FT, that’s “the biggest fall in births since the abrupt end of the baby boom in the 1970s.” Total births in France in 2020 were 735,000, the lowest number since the end of the Second World War.

Nor is it just France. The same FT article notes that births in Italy were down 21.6 percent in December. In 2020, Italy had 400,000 births, but thanks in part to the pandemic, suffered 647,000 deaths – the biggest gap since the Spanish flu outbreak of 1918. In Spain, too, births were down by 20 percent in December and January compared to the same period a year earlier; December’s total of 23,266 births was the lowest for any month since 1941, when records began.

There are multiple reasons behind this decline. Teresa Castro, a demographer at Spain’s national research council who believes births will continue to fall significantly this year, told the FT: “I don’t think this is a transitory phenomenon. Uncertainties are one of the leading reasons why people don’t have children. And people are still confronting significant health, and in particular economic, uncertainties.”

As Castro notes, worries about employment and income have led to people postponing having children. Another factor could be the postponement of marriages due to lockdown restrictions. Even if cohabitation is far more common than in the past, many people still wait for the formal commitment of marriage before starting a family. And spending a lot more time with your partner can be more stressful than romantic, putting pressure on sexual relationships.

But this also comes on the back of a long-term decline in fertility rates. An article for The Conversation in August 2019 argued that the fall in births in Britain had become a ‘national crisis.’ The author, Carly-Emma Leachman, noted: “The birth rate in England and Wales is now the lowest it has ever been since records began. Only 11 babies were born for every 1,000 people in 2018, with 657,076 born overall. To put this in perspective, 957,782 babies were born in 1920 despite the overall population being 22 million fewer than it is today.”

As Leachman pointed out, the response from the government back then was to provide much more support to parents, long before the postwar welfare system was put in place, including antenatal centres, infant welfare centres and other forms of community care. After the Second World War, Family Allowance was introduced and rules on maternity leave and pay were strengthened steadily, too.

Some of that has been put into reverse in the past decade. For example, we’ve seen two-child limits put on welfare payments, and SureStart centres, designed to support new mothers, have been closed. We’ve also seen a concerted effort to reduce teenage pregnancies, which have fallen sharply in England and Wales in the past decade or so, from 106,000 in 2007 to 51,000 in 2018. Perhaps the biggest problem of all is housing: the UK simply doesn’t build enough homes in the right places to satisfy demand. Couples will only commit to starting families if they have a secure roof over their heads.

The consequences of a declining birth rate – whether Covid induced or not – are significant. The populations of developed countries have been steadily getting older. People are living longer, which is a good thing, of course, but the working-age population is in relative decline. There are fewer and fewer young people entering the workforce. Not only will this result in fewer nurses and social-care workers to service the needs of the elderly, but the labour force that produces the wealth will shrink, meaning that there will be fewer people to tax to pay for pensions, unless compensated-for by immigration. (Another important argument against anti-immigration policies.)

More broadly, we need to stop scaremongering about the future. For example, who is going to want to bring a child into the world during a ‘climate emergency’ – a concept that is drilled into the heads of schoolchildren and students constantly, yet is completely overblown? Policies that dampen down economic growth, by making energy and just about everything else more expensive in the name of ‘saving the planet,’ need to be seriously reconsidered, too.

There are plenty of reasons to be cheerful about the future. Despite this pandemic, life expectancy is high by historical standards. Our lives, in general, are more peaceful, prosperous and secure than for earlier generations. It’s a message we need to keep promoting so that those who want to have kids can have the confidence to do so.