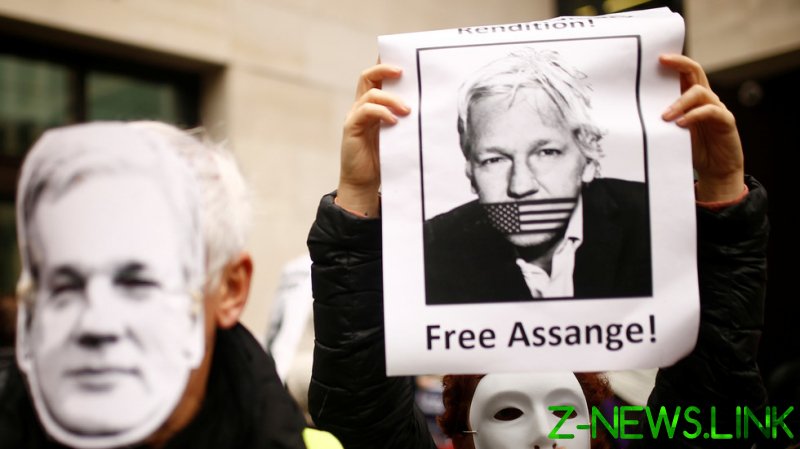 The famed national security whistleblower took the administration to task on Monday, after Secretary of State Antony Blinken boasted of the US devotion to “press freedom” and “the safety of journalists worldwide.” Assange’s ongoing prosecution is impossible to square with those vows, Snowden said.

“This would be more persuasive if the White House weren’t aggressively seeking an 175-year sentence for the publisher of award-winning journalism of global importance – despite pleas from every significant press freedom and human rights organization,” he tweeted.

While Biden himself spoke of the importance of “truth-tellers who refuse to be intimidated” in celebrating World Press Freedom Day, his administration continues to pursue an 18-count indictment against the WikiLeaks publisher, including charges under the Espionage Act brought by the Trump administration in 2019.

Altogether, Assange faces nearly two centuries behind bars, with most charges linked to the publication of classified material – such as the Iraq and Afghan war logs – leaked in 2010 by former Army intelligence analyst Chelsea Manning.

Though the newly installed administration has reversed many of Trump’s policies, it is continuing to seek Assange’s extradition from the UK, over a chorus of objections from press freedom groups.

In a letter addressed to Biden’s Justice Department earlier this year, some two dozen civil liberties groups – including the Freedom of the Press Foundation, the ACLU, Amnesty International and the Committee to Protect Journalists – argued that Assange’s prosecution represents a grave threat to press freedom as “much of the conduct described in the indictment is conduct that journalists engage in routinely.”

Snowden was joined by a number of journalists and activists demanding Assange’s release on World Press Freedom Day, among them Australian MP Andrew Wilkie, as well as the mother of Assange’s children, Stella Morris.

“It is no overstatement to say that the use of the 1917 Espionage Act against Julian is the single biggest, most urgent threat to press freedom and a free society,” she said.

Assange was arrested in April 2019, after Ecuador revoked his asylum. He has been locked up at the Belmarsh maximum security prison in south London ever since, long after his sentence for skipping bail had expired, as the extradition process drags on.