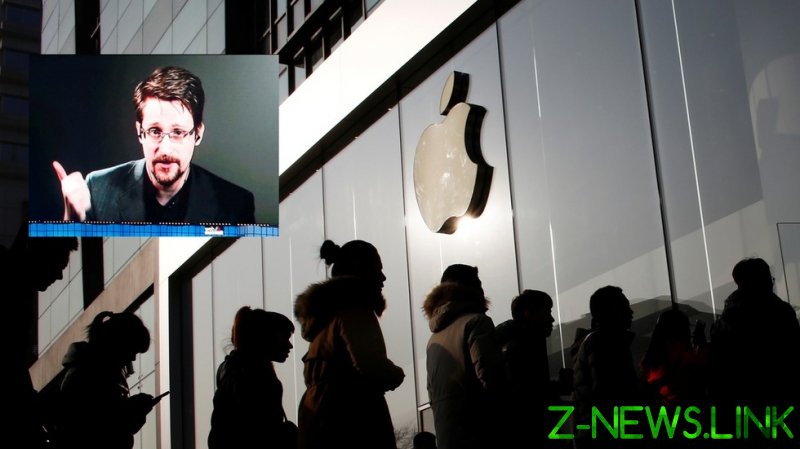 The letter, published on the platform Github on Friday is signed by security and privacy experts, cryptographers, researchers, academics, legal experts and ordinary consumers, united in condemnation of Apple’s “privacy-invasive content scanning technology.”

While acknowledging that efforts to combat child exploitation and abuse are “almost unquestionably well-intentioned,” the signers say that Apple’s proposal to constantly monitor and scan everyone’s photos – and alert authorities if its AI-driven algorithm tags them as criminal – “introduces a backdoor that threatens to undermine fundamental privacy protections for all users of Apple products.”

They warn that the technology has the potential to bypass any end-to-end encryption that would normally safeguard the user’s privacy – something Apple has long been promoting as a major feature of its software ecosystem.

Apple’s plan to roll out the scanning program in the US was leaked on Thursday via Financial Times. It immediately raised eyebrows among cybersecurity researchers and privacy advocates – including Snowden, who became a household name in 2013 after blowing the whistle on the National Security Agency’s warrantless surveillance of Americans.

The letter he shared contains quotes from the Electronic Frontier Foundation (EFF), the Center for Democracy and Technology (CDT) and the Open Privacy Research Society, as well as several prominent advocates and researchers.

They all urged Apple to halt the deployment of the proposed technology “immediately” and reaffirm their commitment to user privacy and encryption.

Judging by the content of an internal memo sent Friday by vice-president for software Sebastien Marineau-Mes, however, Apple is doubling down on the project – and seeking to motivate employees with a letter of praise insulting the critics.

“We’ve seen many positive responses today. We know some people have misunderstandings, and more than a few are worried about the implications, but we will continue to explain and detail the features so people understand what we’ve built,” Marineau-Mes wrote in the memo, which was reprinted by 9to5Mac on Friday.

He then appends the note Apple received from Marita Rodriguez, an executive with the National Center for Missing and Exploited Children (NCMEC), saying he found it “incredibly motivating, and hope that you will as well.”

“We know that the days to come will be filled with the screeching voices of the minority. Our voices will be louder,” Rodriguez wrote, after saying that NCMEC is “SO PROUD” of everyone at Apple and “the incredible decisions you have made in the name of prioritizing child protection.”

Apple has previously defended the encrypted nature of its operating systems, famously going to court in 2016 to fight the FBI demand for a ‘backdoor’ to the iPhone of the suspect in the San Bernardino, California terrorist shooting rampage. In its legal briefs, the company said the US government was demanding something they didn’t have and would be “too dangerous” for them to create.

The FBI later managed to unlock the phone, reportedly using an Israeli spy tool, but found nothing of use. Last month, it emerged that another Israeli spy tool, Pegasus, has been used to hack tens of thousands of iPhones around the world – including journalists, dissidents and even heads of state.