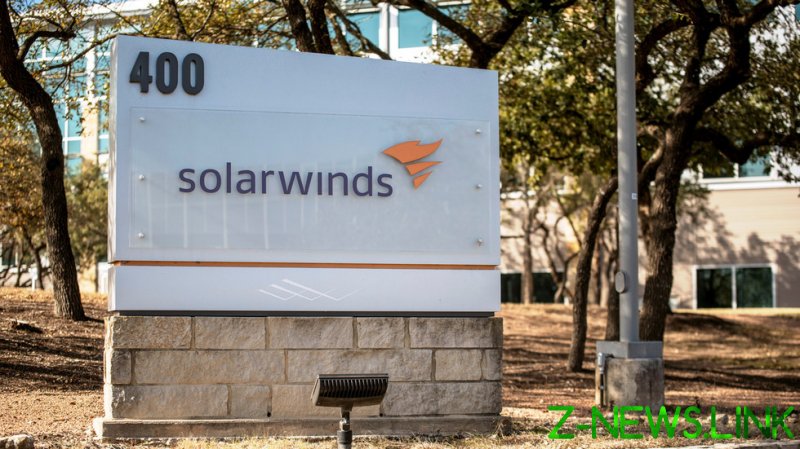 Did anyone actually believe that Russia would escape a major US election season without a ceremonial tarring and feathering by the media? It’s almost as though frantic journalists, unable to sell the ‘Trump Beats Biden with Kremlin Collusion’ narrative, have dreamt up this latest work of pulp fiction to keep the ball of ‘Russian villainy’ bouncing into the next US administration. Heaven forbid, after all, if the media just sat by and let protracted peace break out between Washington and Moscow.

Indeed, when SolarWinds – a software platform that counts among its clients the Pentagon, State Department, Justice Department, and the National Security Agency –  suffered an alleged hack, the Washington Post jumped on the evil Russia connection faster than Ian Fleming.

“The Russian hackers… breached email systems,”wrote Ellen Nakashima and Craig Timberg in the Post without, once again, offering a stitch of evidence (Timberg, readers may recall, is the journalist who relied on a shady outfit known as PropOrNot to report, wrongly, that some 200 news outlets were peddling Russian-inspired “fake news.”). Quoting those always available “people who spoke on the condition of anonymity,” the tag team claimed that the “scale of the Russian espionage operation appears to be large.”

Ironically, the most reliable real-life entity that Nakashima and Timberg quoted in their story comes by way of the Russian Embassy in Washington, which called the reports of Russian hacking “baseless.”

But never mind. If the Bezos-empire publication says Russia is the guilty party then who are we mere mortals to ask any questions. So now we’re off again to the ‘blame Russia’ races.

At this point, it must be asked: who is more responsible for writing US foreign policy, the mainstream media, with their never-ending supply of ‘anonymous sources’ to substantiate their fantastic assertions, or the US government? That question seems reasonable after listening to interviews with freshly appointed members of the Biden administration, who apparently never got the memo about ‘Russian baddies’.

Jennifer Granholm, for example, the energy secretary nominee, committed the cardinal sin of not recognizing the ‘Russian bogeyman’ in an interview with ABC talking head, George Stephanopolous.

“We don’t know fully what happened, the extent of it, and, quite frankly, we don’t know fully for sure who did it,” Granholm said, leaving Stephanopoulos, deprived of clickable Russophobic sound bites, looking dejected and forlorn.

Perhaps Stephanopoulos was anticipating that Granholm would simply regurgitate media talking points about Russia’s unproven hack, like the absolutely reckless one put out by Reuters.

Reporting on the SolarWinds hack, the Reuters article screamed ‘Russia’ from the opening gates. Yet not a single living person is quoted from the incoming Biden administration to take responsibility for a claim that has real-life consequences, especially when some members of Congress are calling the electronic breach an “act of war.”

“President-elect Joe Biden’s team will consider several options to punish Russia for its suspected role in the unprecedented hacking of US government agencies and companies once he takes office, from new financial sanctions to cyberattacks on Russian infrastructure, people familiar with the matter say.”

The very same deplorable tactic was used in an interview ‘Face the Nation’ conducted with Ron Klain, the incoming White House chief of staff.

When pressed by the interviewer Margaret Brennan if there was “any doubt that Russia was behind [the hack],” Klain provided an answer that Brennan was clearly not satisfied with. In other words, Klain never mentioned the perennial villain Russia as a possible suspect.

Brennan was having none of it, however, and pushed on with the ‘blame Russia’ narrative.

“Well, the president-elect was pretty clear when he spoke to my colleague Stephen Colbert on CBS earlier this week, and he was asked about Russia and he said they’ll be held accountable,” Brennan remarked, desperate to hear Klain pronounce the name. “He said they’ll face financial repercussions for what they did. Is that no longer the case? He no longer believes it’s Russia?”

At this point, some very convenient technical problems helped to cut the pathetic excuse for journalism off the air.

By now it would seem that the mainstream media would use a bit more discretion before screaming ‘Russia!’ inside of a crowded planet every time a US computer system is hacked. After all, Russia is certainly not the only country in the world with a plethora of adventure-seeking hackers sitting around bored in their underwear, nor is it the only country in the world that may be tempted – theoretically speaking – to sneak a peek into Uncle Sam’s software and, at the risk of sounding vulgar, hardware.

Just ask Democratic Congressman Eric Swalwell, who allowed himself to be lured into a honey trap by a Chinese Communist spy named – I kid you not – Fang Fang. Aside from making James Bond thrillers essential reading for all politicians, the Democrats may wish to inquire how a member of the House INTELLIGENCE Committee fell for such a scheme. More to the point, however, Swalwell was one of those deranged Democrats screaming ‘Russian collusion!’ at the height of the Mueller investigation, another waste of taxpayer funds that turned up zero evidence of collusion between Trump and the Kremlin.

In conclusion, it is worth noting that the timing of the purported attack on SolarWinds, coming as it does just weeks before Inauguration Day when Joe Biden is expected to be sworn in as the 46th POTUS, is extremely suspicious in of itself. Not only is there a power struggle going on behind the scenes for the White House, with the Trump administration claiming the election was marred by massive fraud, but Joe Biden’s own son Hunter has been accused of influence-peddling in places like Ukraine and China.

The Biden family, naturally, has rejected the claims, while the media has practically buried the story. Meanwhile, Russia, much like in 2016 when it was accused of hacking Hillary Clinton’s emails, is being dragged into another American political drama, at the most crucial time, without rhyme or reason. At least when it comes to Russia the media can take credit for being very predictable, albeit absolutely reckless and dangerous in its tactics. Would it kill them to take five minutes off poking the Russian bear?