Smartphones Pixel 2 and Pixel 2 XL is positioned as Google’s flagship, but problems from them even more than Chinese devices in terms of a third tier for $ 100. Today revealed a new drawback: the machines started to reboot for no apparent reason. 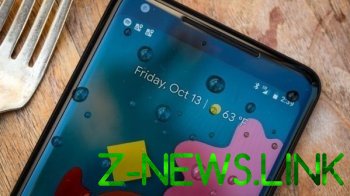 Automatic reboot Pixel 2 and Pixel 2 XL was initially rare, but the number of complaints for a couple of days has increased many times over, but Google in this way does not react to them. As noted by users, the problem manifests itself even on this newly purchased devices who caught the last update of the firmware, so that the defect lies in softovoi part, because informed about it no one spoke.

Also in smartphones weak signal reception LTE – gadgets and then switching to 3G and then to GSM, so high-speed and stable mobile Internet and speech can not be. Thus, the smartphones Pixel 2 and Pixel 2 XL not officially sold in Russia, are not going to give Apple iPhone X, which in our area please 92 000, the number of drawbacks: previously, they had identified problems with the screens, cameras and even speakers.