Lenovo has finally announced its latest smartphone Moto X4, the details of which, however, has already hit the Internet. The show was held in Berlin at the IFA exhibition in 2017, and this is another smartphone from the category of “Xioami is better and cheaper”, although the cost of the device at the time of presentation was not mentioned that is a hint to certain circumstances. 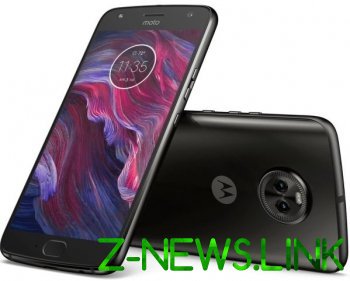 Smartphone Moto X4 is characterized by water protection standard IP68, front camera of 16 MP and a screen of 5.2 inch with Full HD resolution or 1920×1080 pixels. At the core of the device lies a Qualcomm processor 630, and RAM there can be 3 or 4 gigabytes, but the main feature here is dual camera, one of the modules which has a viewing angle of as much as 120 degrees. Matrix rear camera Moto X4 shoot in the resolution of 12 and 8 megapixels and blur the background or get vivid detail of black-and-white images.

Smartphone Moto X4 goes on sale this fall and will initially be working on is not the latest Android OS 7.1 Nougat from Google, but an upgrade to Android 8 Oreo he is unavailable. Features of the new monoblock from Lenovo are listed below.