Any computer over time starts to “slow down” due to the large amount of superfluous information in his memory, including online. Few people are busy optimizing their PC – most of it is at the limit of the opportunities that are wasted. It is much more likely in a video game and those who play a lot, very useful program Smart Game Booster, which is December 19, 2019 has been updated to version 4.2 and got a lot of innovations. 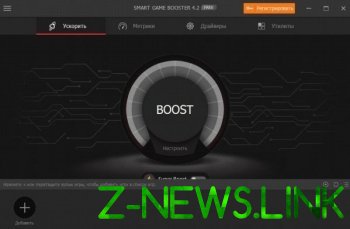 Smart Game Booster is utility CPU temp monitor, which at the touch of a button will greatly increase the performance of your computer or laptop by clearing its memory and perform several other actions, including the optimal overclocking. Of course there are a lot of options that greatly expand its capabilities. 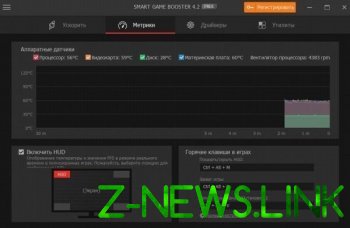 Smart Game Booster exists only under Windows, from XP to 10, because Linux and macOS, especially not a gaming platform, and never have been. The main new feature in version 4.2 is fully translated into Russian language interface. On a scale translation quality can be estimated on a 4+ there are small flaws, but they are not significant. However, if you don’t like localization, you can switch to English interface – it’s all too easy and understandable. 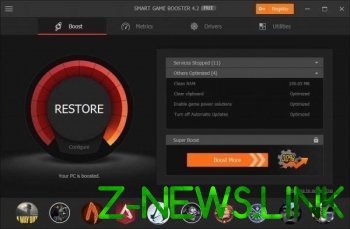 Smart Game Booster looks very stylish, and in addition to the Russian language and fast optimization it offers a number of services. First, it is possible to monitor the temperature of the main component of the PC – motherboard, processor, SSD or hard drive and graphics card. Second, the program has automatic defragmentation of the hard drive (if you have SSD, don’t forget to disable this option). Thirdly, Smart Game Booster can update the drivers for all components that are in demand in video games. By the way, Smart Game Booster can optimize your PC, assembled from almost any iron, and the new version has the possibility of acceleration of almost all existing Nvidia and AMD graphics cards.

Smart Game Booster is free, and its freeware version has almost complete feature set. And yet, some of the capabilities will be available in Pro version – to upgrade is exactly $20 for one PC. You can also buy a license for three computers for only $25 in total. In both cases you need to purchase license for exactly one year.