Home / WORLD / Slavoj Zizek: The Taliban is the proof that our modernity is an unfinished project

Slavoj Zizek: The Taliban is the proof that our modernity is an unfinished project 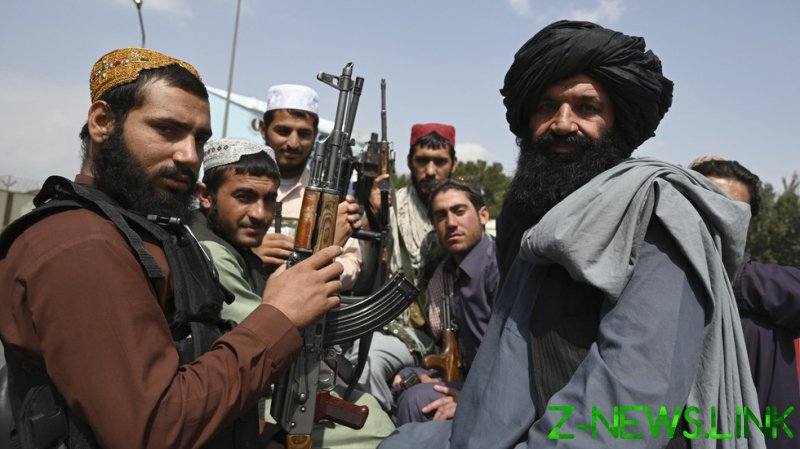 The American or European populist Right fanatically opposes Muslim fundamentalism in which it sees the main threat to Western Christian civilization. They claim Europe is on the verge of becoming “Europistan”. For the European as well as for American populists, the US withdrawal from Afghanistan is the ultimate humiliation of the US. However, something new took place lately.

According to recent analysis by SITE Intelligence Group, an American non-governmental organization that tracks the online activity of white supremacist and jihadist organizations, some people are “commending the Taliban’s takeover as a lesson in love for the homeland, for freedom, and for religion.”

SITE also found, the CNN writes, that “Neo-Nazi and violent accelerationists – who hope to provoke what they see as an inevitable race war, which would lead to a Whites-only state – in North America and Europe are praising the Taliban for its anti-Semitism, homophobia, and severe restrictions on women’s freedom.”

As an example, the group cited a quote taken from the Proud Boy to Fascist Pipeline Telegram channel as saying: “These farmers and minimally trained men fought to take… their nation back from globohomo. They took back their government, installed their national religion as law, and executed dissenters… If white men in the west had the same courage as the Taliban, we would not be ruled by Jews currently.” SITE explained: “‘Globohomo’ is a derogatory word used to insult ‘globalists,’ the term used by conspiracy promoters to describe their enemy (the evil global elite who control the media, finance, political system, etc.).”

American rightist populists who sympathize with the Taliban are more right than they think: what we see in Afghanistan is what our populists want, just purified to its extreme version. It is clear what features the two sides share: opposition to “globohomo,” to the new global elite that spreads LGBT+ and multicultural values, which are eroding the established way of life of local communities.

The opposition between populist Right and Muslim fundamentalists is thus relativized: populists can easily imagine the co-existence of different ways of life, not only with Muslims but also with Jews if they all stay at a distance. This is why the new Right is anti-Semitic and pro-Zionist at the same time, saying “no” to Jews who want to stay in their land and assimilate, but “yes” to Jews who return to their land – or, as Reinhard Heydrich, the mastermind of the Holocaust, wrote in 1935: “We must separate the Jews into two categories, the Zionists and the partisans of assimilation. The Zionists profess a strictly racial concept and, through emigration to Palestine, they help to build their own Jewish State… our good wishes and our official goodwill go with them”.

What may appear – but is not – more surprising is that some Leftists, in a limited way, share a similar view: although they deplore the fate of women under the Taliban, they nonetheless perceive the US withdrawal as a great defeat of global capitalist neocolonialism, of Western powers trying to impose their notions of freedom and democracy on others. This proximity is not limited to stances towards the Taliban: we also find it among those who oppose vaccination and social regulations as measures against the Covid-19 pandemic.

The recent reports about the Pegasus spyware were just further confirmation of our general distrust of how we are socially controlled, and it can help us understand why many among us resist vaccination. If all the data on our electronic devices and all our social activities are controlled, the inside of our body appears to be the last island that managed to escape this control. However, with vaccination, state apparatuses and corporations seem to invade even this last island of free intimacy. We may thus say that the resistance to vaccination is the misdirected price we are paying for being exposed to the likes of Pegasus. And since science is widely used to justify measures and vaccines are a great scientific achievement, resistance towards vaccination is also grounded in the suspicion that science is in the service of social control and manipulation.

Furthermore, we are witnessing lately a gradual decay of the authority of what Jacques Lacan called “the big other,” the shared space of values within which only our differences and identities can thrive – a phenomenon often falsely characterized as “post-truth era.”

Liberal resistance against vaccination on behalf of human rights makes one nostalgic for the Leninist “democratic socialism” (free democratic debate, but once a decision is taken, everybody has to obey it). One should read this democratic socialism in the sense of Immanuel Kant’s formula of Enlightenment: not “Don’t obey, think freely!” but “Think freely, state your thoughts publicly, and obey!” The same holds for vaccine doubters: debate, publish your doubts, but obey regulations once the public authority imposes them. Without such practical consensus, we will slowly drift into a society composed of tribal factions.

Perhaps the deepest rift we are dealing with here is the rift between the image of reality offered by science and the common sense normality, the way of life we are used to: normality, inclusive of all the intuitions of how our life works, is on the side of vaccine-deniers. They simply cannot accept that the problems we are facing now – the pandemic, global warming and social unrest – will lead to the end of our way of life. People who need regular dialysis to survive often claim that the most traumatic thing for them is to accept that their very survival depends on this prothesis: there is a big machine out there, in front of me, and my bodily functioning depends on its regular use and smooth functioning. The prospect of vaccination confronts us with the same shattering experience: my survival hinges on the success of being jabbed repeatedly.

What the populist Right and the libertarian Left share is the distrust of the entire space of public authorities: police regulations, healthcare control and regulations sustained by medical and pharmaceutical institutions, big corporations and banks. They want to resist this pressure, to maintain a space of freedom.

The Left – if it still deserves this name – should make a step further here: it is not enough to resist whatever we perceive as the establishment on behalf of some more authentic mode of existence: one should also mobilize the mechanism of the “critique of critique” and problematize the “authentic” position on behalf of which we resist. It is easy to recognize that the populist resistance to vaccination in the US acts in defense of the “American way of life” with its rampant individualism, carrying guns in public, racism, etc.

The Leftist vision which sustains vaccine-skeptics is as a rule that of direct democracy of small groups which want to live in a transparent society without alienated centers of power. The problematic nature of the Taliban vision goes by itself. The paradox is thus that, to defeat the external threat (of globalist domination), one should begin by sacrificing the very heart of what we feel is threatened.

To be truly conservative today, to fight for what is worth saving in our traditions, means to engage in a radical change. The old conservative motto “some things have to change so that everything remains the same” acquired a new weight today: many things will have to change radically for us to remain human. What the Taliban and our new populists are doing can only end in a truly post-human society.

The critique we hear again and again is that the West failed in Afghanistan because it tried to implement its own idea of democracy and freedom there, ignoring the specific local circumstances and traditions. However, on a closer look, one can see that the West was trying precisely to establish links with local formations – and the result was pacts with local warlords, etc. The long-term outcome of such attempts can only be the combination of global capitalism and local nationalism, as we see it in Turkey – no wonder the Taliban has good relations with the Turkish government. Afghanistan did not get too much modernity, it mostly got all that went wrong in our modernity, beginning with the Soviet occupation. As German philosopher Jurgen Habermas put it decades ago, modernity is an unfinished project, and the Taliban are the proof of it.