Slavoj Zizek: The real reason why the Taliban has retaken Afghanistan so quickly, which Western liberal media avoids mentioning 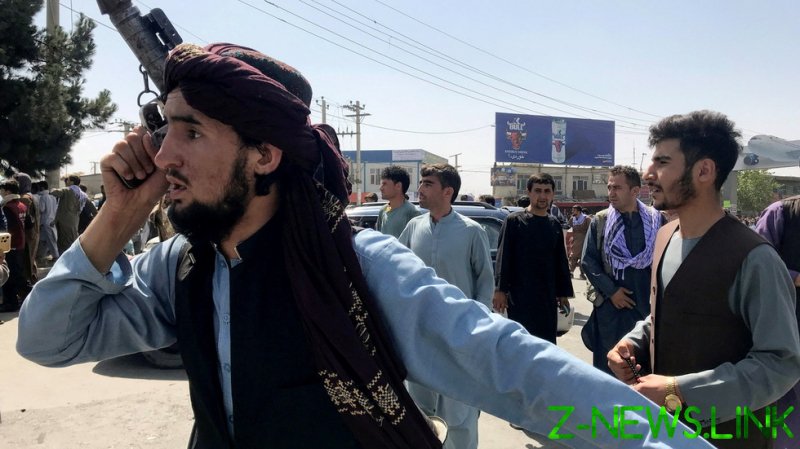 The Western media tell us there can be several explanations for that. The first one is blatantly racist: the Afghan people there are simply not mature enough for democracy, they long for religious fundamentalism – a ridiculous claim if there ever was one. Half a century ago, Afghanistan was a (moderately) enlightened country with a strong Communist Party known as the People’s Democratic Party of Afghanistan, which even managed to take power for some years. Afghanistan became religiously fundamentalist only later, as a reaction to the Soviet occupation which aimed to prevent the collapse of communist power.

Another explanation the media gives us is terror, as the Taliban ruthlessly executes those who oppose its politics.

A further one is faith: the Taliban simply believe their acts fulfill the task imposed on them by God and their victory is guaranteed. So, they can afford to be patient because time is on their side.

A more complex and realistic explanation as to why the Taliban managed to retake the country so promptly is chaos caused by the ongoing war and corruption. That could have caused a belief that even if the Taliban regime would bring oppression and impose Sharia Law, it would at least guarantee some safety and order.

However, all these explanations seem to avoid a basic fact that is traumatic for the liberal Western view. That is the Taliban’s disregard for survival and the readiness of its fighters to assume “martyrdom,” to die not just in a battle but even in suicidal acts. The explanation that Taliban as fundamentalists “really believe” that they will enter paradise if they die as martyrs is not enough as it fails to capture the difference between belief in the sense of intellectual insight (“I know I will go to heaven, it’s a fact”) and belief as an engaged subjective position.

In other words, it fails to take into account the material power of an ideology – in this case, the power of faith – which is not simply grounded in the strength of our conviction but in how we are existentially committed to our belief: we are not subjects choosing this or that belief, but we “are” our belief in the sense of this belief impregnating our life.

It was due to this feature that French philosopher Michel Foucault was so fascinated by the 1978 Islamic Revolution that he twice visited Iran. What fascinated him there was not just the stance of accepting martyrdom and indifference with regard to losing one’s own life; he was “engaged in a very specific telling of the ‘history of truth’, emphasizing a partisan and agonistic form of truth-telling, and transformation through struggle and ordeal, as opposed to the pacifying, neutralizing, and normalizing forms of modern Western power. Crucial for understanding this point is the conception of truth at work in historico-political discourse, a conception of truth as partial, as reserved for partisans.”

Or, as Foucault himself put it:

“If this subject who speaks of right (or rather, rights) is speaking the truth, that truth is no longer the universal truth of the philosopher. It is true that this discourse about the general war, this discourse that tries to interpret the war beneath peace, is indeed an attempt to describe the battle as a whole and to reconstruct the general course of the war. But that does not make it a totalizing or neutral discourse; it is always a perspectival discourse. It is interested in the totality only to the extent that it can see it in one-sided terms, distort it and see it from its own point of view. The truth is, in other words, a truth that can be deployed only from its combat position, from the perspective of the sought for victory and ultimately, so to speak, of the survival of the speaking subject himself.”

To anyone minimally acquainted with Western Marxism, the answer is clear: Hungarian philosopher Georg Lukacs demonstrated how Marxism is “universally true” not in spite of its partiality but because it is “partial,” accessible only from a particular subjective position. We may agree or disagree with this view, but the fact is that what Foucault was looking for in far-away Iran – the agonistic (“war”) form of truth-telling – was already forcefully present in the Marxist view that being caught in the class struggle is not an obstacle to “objective” knowledge of history but its condition.

The usual positivist notion of knowledge as an “objective” (non-partial) approach to reality which is not distorted by a particular subjective engagement – what Foucault characterized as “the pacifying, neutralizing, and normalizing forms of modern Western power” – is ideology at its purest – the ideology of the “end of ideology.”

On the one hand, we have non-ideological “objective” expert-knowledge. On the other hand, we have dispersed individuals, each of whom is focused on his/her idiosyncratic “care of the self” (the term Foucault used when he abandoned his Iranian experience), small things that bring pleasure to his/her life.

From this standpoint of liberal individualism, and universal commitment, especially if it includes risk of life, is suspicious and “irrational”…

Here we encounter an interesting paradox: while it is doubtful that traditional Marxism can provide a convincing account of the success of Taliban, it provided a perfect European example of what Foucault was looking for in Iran (and of what fascinates us now in Afghanistan), an example which did not involve any religious fundamentalism but just a collective engagement for a better life. After the triumph of global capitalism, this spirit of collective engagement was repressed, and now this repressed stance seems to return in the guise of religious fundamentalism.

Can we imagine a return of the repressed in its proper form of collective emancipatory engagement? Indeed. Not only can we imagine it, it is already knocking on our doors with great force.

Let’s just mention the global warming catastrophe – it calls for large-scale collective actions which will demand their own forms of martyrdom, sacrificing many pleasures we have got used to. If we really want to change our entire way of life, the individualist “care of the self” which focuses on our use of pleasures will have to be superseded. Expert science alone will not do the job – it will have to be a science rooted in the deepest collective engagement. THIS should be our answer to the Taliban.