Home / WORLD / Slavoj Žižek: The lessons we can learn from China’s silence on a ‘missing’ tennis player

Slavoj Žižek: The lessons we can learn from China’s silence on a ‘missing’ tennis player 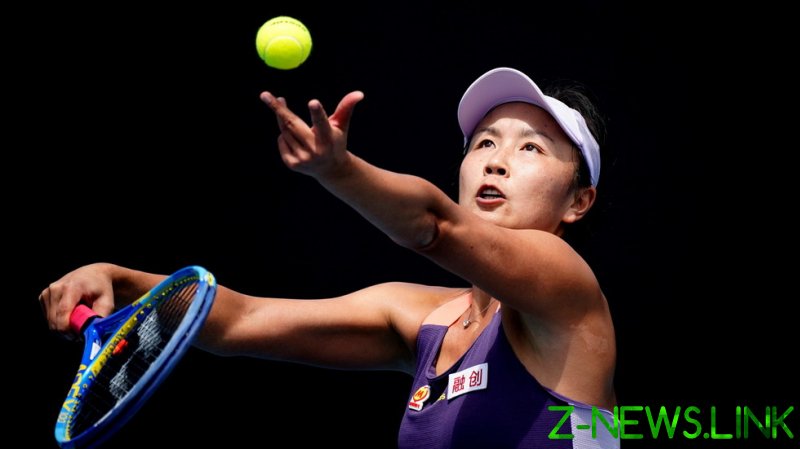 The story has been well documented in the media. On 2 November, Peng Shuai, a leading Chinese tennis player, posted a lengthy message on her Weibo account, accusing Zhang Gaoli, a former senior Chinese vice premier and high-ranking member of the Chinese Communist Party (CCP), of sexual assault.

This was the first time a member of the upper echelons of the CCP had faced such sexual misconduct allegations in public. The accusation drew attention to the #MeToo movement in China, but her post was removed within 20 minutes of being uploaded, and all discussion about the matter became subject to blanket censorship on all Chinese social media and news outlets, while Peng herself disappeared from public life.

In reaction to the growing concern worldwide over her whereabouts and safety, official media issued some unconvincing denials and explanations, which just deepened the mystery. And then the story took another turn. Zhang was part of a group opposed to President Xi Jinping, and there were suggestions that the whole incident had been staged by allies of Xi to get rid of his opponent – we had all been duped. Maybe the true mystery is why Peng’s post was removed after 20 minutes, just enough time for the news to spread around the world?

This sad anecdote – where all my sympathies go to Peng – is not just about oppression of women in an authoritarian society. It also highlights a weird feature of communist regimes: Obsession with appearances which have to be maintained whatever the cost.

When Deng Xiaoping was still alive, although retired from the post of general secretary of the CCP, one of the top nomenklatura members was purged, and the official reason given to the press was that, in an interview with a foreign journalist, he had divulged a state secret – namely that Deng was still the supreme authority making the decisions. The irony of this was that it was common knowledge – everybody knew that Deng was still pulling the strings.

This logic of appearance which is untouchable –although everyone knows it is just an appearance – has reached its extreme in North Korea. From time to time, we read in our media about the weird claims of the North Korean media – when Kim Jong-Il died, even birds descended from the sky and cried; their leader doesn’t defecate, etc. etc.

Our reaction to such claims is double-edged – either we presume that ordinary people secretly laugh at this, well aware that it is all nonsense, or we think they are so brainwashed that they really believe it.

But a third version is much more convincing – what if such stories are propagated by the regime, not as literal truths but more like folkloric tales told with respect (although we know they are a fiction)?

There is, however, a price to be paid for such respect of appearances. A couple of years ago, a young woman who was selling things at a flea market – which was tolerated, although not legally permitted – put the money she earned into a plastic bag and buried it in her garden.

Police discovered this, she was prosecuted and condemned… for what? Not for black market activity or illegal financial dealings, but for a wholly different reason – the plastic bag didn’t fully protect the cash, so the banknotes got humid and decomposed. And on the banknotes there are images of the leader, so the woman was sentenced for disrespectful treatment of the image of the ruler.

This regime of appearances was first fully established in Stalinism, and we all know how absolutely crucial they were then. The Stalinist regime reacted with total panic whenever there was a threat that appearances would be disturbed. For example, an incident or accident that illustrated the failure of the regime would not be reported in the public media. There were, in the Soviet media, no reports on crimes or prostitution, or protests from the public or workers. What characterized Stalinism was precisely the conjunction of raw brutal terror and the need to protect appearances – even if we all know something is not true, the big Other (of appearances) should not notice it…

In this order of appearances, prohibitions themselves are prohibited. In Stalin’s time, it was not only prohibited to criticize Stalin, it was also prohibited to publicly announce this prohibition. Is it not similar in the case of Peng Shuai? What we get from official sources is not even a clear denial that a sexual assault did not happen. Instead, we get erasure and, at its best, denials of something that is not clearly stated, only referred to as “that rumor,” or “what people are talking about.”

In today’s populist West, we seem to find ourselves at the opposite extreme. Traditionally (or in our retrospective view of tradition, at least), shameless obscenity worked as a subversion, as an undermining of traditional domination, as depriving the master of his false dignity. I remember from my own youth how in the 1960s, protesting students liked to use obscene words or make obscene gestures to embarrass figures of power and, so they claimed, denounce their hypocrisy.

However, what we are getting today, with the explosion in public obscenity, is not the disappearance of authority, of master figures, but their forceful reappearance. In fact, we are getting something unimaginable decades ago – obscene masters. But this obscenity is counterbalanced by the politically correct discourse in which, as in Stalinism, prohibitions themselves are prohibited – when something is erased, one does not want to admit that this was done for ideological reasons, so a more neutral reason is given.

On 5 September, The Guardian published a long interview with theorist Judith Butler; less than two days later, a question and answer in which Butler had attacked trans-exclusionary radical feminists (TERFs) as fascists disappeared, with a note appended saying: “This article was edited on 7 September 2021 to reflect developments which occurred after the interview took place.”

No specifics (explaining how something had happened that could make a problem of Butler’s principled answer) were given, but clearly, the article was censored due to TERF pressure. Yet this reason had to be concealed, because it would give rise to the spectre of ideological censorship.

The choice between fidelity to appearances and public obscenity is a difficult one, and the stakes are very high. It is ultimately a false choice – both sides are wrong, they were both aroused out of the disintegration of the social big Other, the set of customs and values that determine the basic features of decency in our social contacts. When the big Other disintegrates, the choice is between obscenity and enforced group terror.

Years ago, a Chinese social theorist with links to Deng Xiaoping’s daughter told me an interesting anecdote. When Deng was dying, an acolyte who visited him asked him what he thought his greatest act was, expecting him to reference the economic opening up that brought such development to China.

To their surprise, Deng answered: “It was when the leadership decided to open up the economy, I resisted the temptation to go all the way and open up political life to multi-party democracy.” (According to some sources, this preference was pretty strong in some party circles and the decision to maintain party control was in no way preordained.)

We should resist the liberal temptation to dream about how, had China also opened up to political democracy, its economic progress would have been even faster: What if democracy had generated new instabilities and tensions that hampered economic progress? What if this (capitalist) progress was feasible only in a society dominated by a strong authoritarian power?

Maybe, but something is nonetheless missing in China. In the famous passage of his essay ‘What is Enlightenment?’ Immanuel Kant opposes the “public” and “private” use of reason. “Private” is not one’s individual space as opposed to communal ties, but the very communal-institutional order of one’s particular identification; “public” is the trans-national universality of the exercise of one’s reason.

This is why Kant’s formula of Enlightenment is neither “Don’t obey, think freely!” nor “Don’t obey, think and rebel!” but “Think freely, state your thoughts publicly, and obey!” At the moment, this is particularly applicable to vaccine doubters: Debate, publish your doubts, but obey regulations once the public authority imposes them. Without such practical consensus, we will slowly drift into a society composed of tribal factions, as is happening in many Western countries. But without the space for the public use of reason, the state itself courts the danger of becoming just another instance of the private use of reason.

We saw at the beginning of the Covid outbreak the price a society has to pay for the absence of the public space of reason. By silencing the first scientists to discover the virus, China lost precious months in which it could have limited the pandemic to a small local incident. And now, regarding Peng Shuai, we should raise a similar question – how come a political struggle that should have been fought out in the open has to take the appearance of a sexual scandal?