Home / WORLD / Slavoj Zizek: Jeremy Corbyn wasn’t suspended from the Labour Party for anti-Semitism, he was defenestrated for anti-Capitalism

Slavoj Zizek: Jeremy Corbyn wasn’t suspended from the Labour Party for anti-Semitism, he was defenestrated for anti-Capitalism 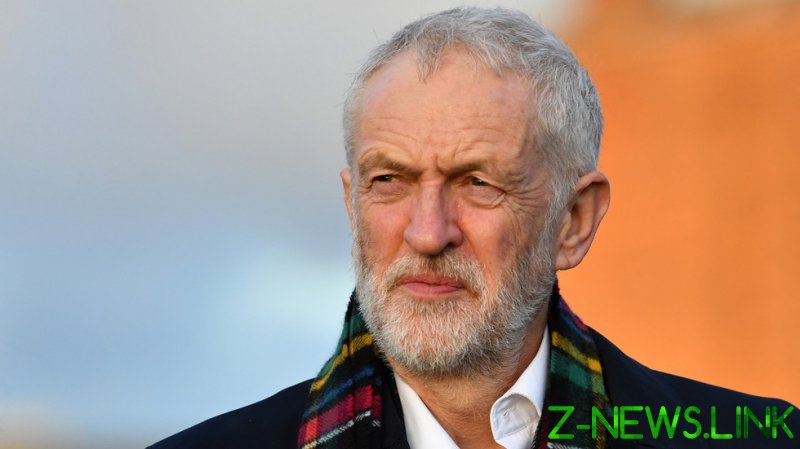 On October 29, 2020, Jeremy Corbyn was suspended from the British Labour Party – why? The Equality and Human Rights Commission, the UK equality watchdog, concluded its 130-page investigation with the claim that the Labour Party could have tackled antisemitism more effectively “if the leadership had chosen to do so,” and Corbyn was suspended after he said antisemitism in the party was “dramatically overstated for political reasons.” This act of purge will, of course, ignite open conflict between the party’s new leader, Keir Starmer, and Corbyn-supporting MPs, among them John McDonnell. Starmer already said that the EHRC report amounts to “a day of shame” for the party.

But what if the purge of Corbyn is the Labour Party’s day of shame for the opposite reason, because it took place at all? What if Corbyn was purged not because of his (non-existent) anti-Semitism, but because of his critical stance towards capitalism, with anti-Semitism used as a cover? What if Corbyn’s purge is just the sad latest link in the chain of current anti-Leftist propaganda which brands as “anti-Semitic” every agent who seriously critiques the existing order, from Bernie Sanders to Yanis Varoufakis.

But things reach even deeper here. One would expect that, with the horror of the pandemic, other conflicts would step back, the way that, during WWII, Conservatives and the Labour Party (Churchill and Atlee) formed a well-functioning coalition. But with the ongoing pandemic, many other conflicts are exploding in an even stronger way (Armenia, and Azerbaijan, Islam and the West…). The reason is not just using the opportunity when attention is caught elsewhere. The pandemic is such a shock that it forces each society to question its very social and ideological foundations. This is clear in the US where the overreaching basic conflict acquires an almost metaphysical dimension: everyday common sense versus science. Trump stands for the disavowal of the Covid pandemic, for the continuation of our social life whatever the price – for him, the reason media focus on Covid is a political, it is a strategy to obfuscate Trump’s achievements.

In a rare appearance for her husband, Melania Trump denounced Biden’s “Socialist agenda”– so what about Kamala Harris who is usually perceived as more Leftist than the extremely moderate Biden? Donald Trump was clear on this point: “She’s a communist. She’s not a socialist. She’s well beyond a socialist. She wants to open up the borders to allow killers and murderers and rapists to pour into our country.” (Incidentally, from when are open borders a characteristic of Communism?)

Biden immediately reacted: “There’s not one single syllable that I’ve ever said that could lead you to believe that I was a socialist or a communist.” Factually true, but this rebuttal misses the point: the dismissal of Biden and Harris as Socialist/Communist is not simply a rhetorical exaggeration, it is an exemplary case of what one should call “realism of notion” – notions are not just names, they structure political space and have as such actual effects. Trump’s “cognitive mapping” of the political space is an almost symmetrical reversal of the Stalinist map in which everybody who opposes the Party is considered as part of a Fascist plot. In a similar way, from Trump’s standpoint, the liberal centre is disappearing – or, as his friend Viktor Orban put it, liberals are just Communists with a diploma, which means there are only two true poles, populist nationalists and Communists (or, as the Bolsheviks used to say in the Summer of 1917, there is no neutral middle space between the Tsar and Bolsheviks).

The radical Left should agree with Trump in regard to this: yes, one should not exclude tactical alliances with liberals to fight racism, to defend women’s rights, etc. – but the ultimate conflict is the one between the establishment (divided into the populist wing and the liberal wing) and the Left. We should thus reject the mapping proposed by the liberal center: the idea that liberal democracy should be defended against both Rightist and Leftist extremes. For today’s politics holds what German philosopher Theodor Adorno said about psychoanalysis: “nothing is more true in it than its exaggerations.”

Such politics of radical choice is the only principled one: we should make a choice where choice is necessary and reject a choice where it is a false one. Today, we should firmly reject the political misuse of Zionism that condemns every sympathy with Palestinians as anti-Semitic, and we should simultaneously ruthlessly reject Islamist terrorism manifested in recent slaughter attacks in France (Paris, Nice). There is no choice here, no right measure between the two extremes – as Stalin would have put it, they are both worse. This principled stance was the true reason of Corbyn’s downfall.