Slavoj Zizek: Biden’s win changes nothing and signifies stalemate that could see Trump run again in 2024 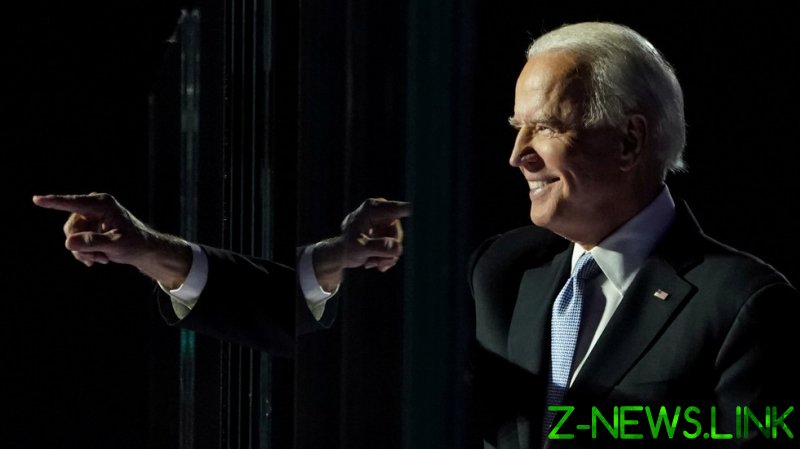 ‘Democracy Reborn’, the title of a book from 2007 by the historian Garrett Epps, is used in US historiography to designate the time after the Civil War when all progressives joined forces to add Amendment XIV to the Constitution.

This amendment provided African Americans with full citizenship and prohibited any state from denying any citizen equal protection under the law. It changed almost every detail of US public life, which is why some scholars even call it the ‘second constitution’. It was not a reconciliation between the winning North and the defeated South, but a new unity imposed by the winner, a big step forward towards universal emancipation.

Did something similar not happen in Chile with the victory of APRUEBO in the referendum? The process of changing the constitution approved by the large majority is not aimed exclusively at getting rid of the legacy of General Pinochet and a return to the pre-Pinochet ‘democratic’ era. It also wants to inaugurate a more radical change, a new level of emancipation. Here also, ‘democracy reborn’ is not a return to some old, idealized state, but a radical break with the entire past.

In the era of Donald Trump, the USA was again de facto in a state of ideological-political civil war between the populist new right and the liberal-democratic center, with occasional threats of physical violence. Now that Trump’s authoritarian populism has been defeated, is there a chance for a new ‘democracy reborn’ in the USA? Unfortunately, this slim chance was lost with the marginalization of democratic socialists such as Bernie Sanders and Alexandria Ocasio-Cortez. Only the alliance of left liberals with democratic socialists may have pushed the process of democratic emancipation a step further.

What’s more, with the Senate remaining in the hands of the Republicans and the Supreme Court with a conservative majority, Biden as president will have very limited room for maneuver and will not be able to impose any serious change.

This is exacerbated by the fact that Biden himself is a ‘moderate’ agent of the economic and political establishment, who is horrified at being accused of socialist tendencies. AOC was thus fully justified when, in a post-election interview, she broke the truce and criticized the Democratic Party for incompetence, warning that if the Biden administration does not put progressives in top positions, the party would lose big in the 2022 midterm elections.

The US is now almost symmetrically divided, and Biden’s words of unity and reconciliation sound vacuous – as former US secretary of labor Robert Reich put it: “How can Biden heal America when Trump doesn’t want it healed?” And this division is here to stay. As academic Michael Goldfarb argued: “Trump was no accident. And the America that made him is still with us.”

It is quite possible then, that in the same way the post-Civil-War ‘democracy reborn’ ended up with a compromise with anti-black southern democrats which prolonged anti-black racism for a whole century until the 1960s, something similar will happen after a couple of years of Biden reign.

But the outcome of the elections is not just a stalemate – there is a clear winner: the big capital and deep state apparatus, from Google and Microsoft to the FBI and the National Security Agency. From their standpoint, a weak Biden presidency with the Senate in Republican hands is the best possible outcome. Without Trump’s eccentricities, international trade and political cooperation will get back to pre-Trump normality, while the Senate and Supreme Court will block any radical measures.

The paradox is thus that, in the US, the victory of the ‘progressive’ side was at the same time its loss, signifying a political stalemate which may even give Trump a chance to return to power in 2024.

This is why, precisely at the moment of Trump’s defeat, we should ask how he was able to seduce half of the American people. And one reason is undoubtedly an attribute that he shares with Bernie Sanders. Like Trump, Sanders inspires fierce loyalty among his supporters – as they say, once you go Bernie, you never go back.

There is no mystic affection here, just a recognition that he really addresses them and their troubles, that he really understands them – in clear contrast to most of the other Democratic candidates. It’s not a matter of the feasibility of Sanders’ program, it is that he touches a raw nerve of his partisans. Could a voter worried about what will happen if – or, rather, when – someone in their family gets really sick, seriously claim that Michael Bloomberg or Biden really understands them?

Here, Trump is superficially similar to Sanders. Although his solidarity with ordinary people is mostly limited to obscene vulgarities, he also addresses their everyday worries and fears in simple terms, giving the impression that he really cares for them and respects their dignity. One has to admit that, even in dealing with the pandemic, Trump cunningly adopted a ‘human’ approach: he tried to maintain calm, telling people that the epidemic will soon be over and that they can carry on with their lives.

I once wrote that Biden is Trump with a human face, more civilized and kind. But one could also say the opposite: Trump is Biden with a human face, where, of course, ‘humanity’ is reduced to its minimum of common vulgarities and insults, in the same sense that a drunkard who babbles nonsense is more ‘human’ that an expert talking about complex formulas.

Now we are at such a low point that getting a president who will not change anything is the most we can hope for. The only group that deserves to be celebrated as heroes are those who simply ignored the violent threats of Trump’s partisans and calmly went on with their job of counting votes. Such praise is usually reserved for ‘rogue states’ where a peaceful transfer of power is a cause for celebration.

The only small hope is that an unintended result of the Trump era may survive: the partial withdrawal of the US from world politics. The US will have to accept that it is just another state in a new, multi-centric world. This is the only way for all of us to avoid the humiliating situation of following with fear the counting of the votes in the US, as if the fate of the entire world depends on a couple of thousand of American ignoramuses.