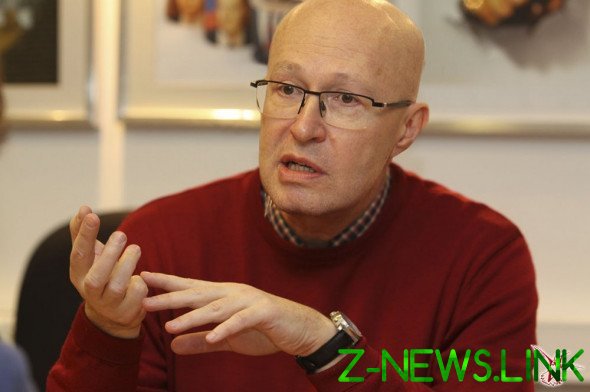 At first they hugged the trees. Then broke the fence around the future of “places of power”, as they say officials — the Church in the center of Yekaterinburg. But this protest – it is not against the temple or not at the square, he clearly has other reasons. Today, as it happened in Yekaterinburg, the construction of the temple, the occupation of the Park, beloved by the townspeople, is just an excuse and a pretext for the manifestation of the accumulated discontent.

But dissatisfaction in General has extensive and in-depth reasons from the reduction of quality of life and limit opportunities for employment to the fact that the society is deprived of the opportunity of expression, influence on the definition of own, albeit small, but so important for each of destiny and agenda that are important to their own city.

In other words — the townspeople just ignore it.

By the way, Ekaterinburg and many other Russian cities still looks very good. I was there a month ago: it is more dynamic, but the opportunities for people in recent years is still significantly decreased. In addition, there is one very important fact: in Ekaterinburg there is a long-standing tradition of political freethinking: you can at least remind, that rather recently was the mayor Yevgeny Roizman is valinomycin was in all its history since 1990-ies, where you can enter Boris Yeltsin, the first President of a democratic Russia.

The battle for the square (or temple – depends on which side the participant of the barricades) is not really a conflict, conventionally, atheists and believers: believers in Yekaterinburg is now generally not very noticeable. It is a conflict of power in the broad sense, as the Church organization is seen as part of the government, and society.

And this is the most dangerous type of conflict, it will inevitably lead to politicization — it is programmed in his character. If the government does nothing to solve the problem, withdraws or is having a tough pressure, it will meet with opposition.

So the reasons are more profound and solve them “compromise” (how flattering for yourself was written by the Governor’s office) in the form of construction of the “Park of Consent” is hardly possible. I am in direct contact with the people who are watching the conflict from different sides – from the public and inside government.

They recognize: spills accumulated over a long time of public discontent, which was expressed in this way. There are no leaders, no organizers, no organization, a protest in the full sense of the word is spontaneous, natural character. The government is behaving stupid: she made a decision — I so understand, under the pressure of Igor Altushkin and Kozitsyn Andrei — to build a temple in this place. In spite of everything. The unwillingness of even a small step to retreat, to somehow explain to the people, only increases the degree of confrontation. And the authorities intend to further improve.

But let’s not all be attributed to free-thinking people. This conflict is typical. Here’s a little Lies in the Arkhangelsk region, here’s volatile Ingushetia, here is the site for the temple in a Moscow Park “TORRANCE” – all these conflicts have almost the same nature: the behaviour of local authorities, which was long, hard, purposefully ignores any public interests and demands.

And the logic is the same: first, people try to use legal channels, went to court, write petitions, pester, but step by step they consistently ignore. In Yekaterinburg, the pressure was so strong that the site for construction of the temple was postponed twice, but now the point of no return is passed: a temple, you definitely want to stick in the center. Certainly not will there be a residential center? The business center? Isn’t that why sponsors and officials insist at the Central location of the temple? Yekaterinburg is not so big city, so to move the house slightly to the edge – it does not make it quite to the settlements.

That’s right – non-political issues — society is brought to a state of passion and boiling, and begins to spill everything that had accumulated over the years. The situation in Ekaterinburg and Cheese typical for Russia, and can be extrapolated: such conflicts will occur and in other places.

And here a very important lesson: no matter what the outcome of the conflict, people see that this is the only that is left to them. To enter the area. To protest. To demolish the fences.

But there is a great solution to the problem – a city referendum, but it requires the preparatory campaign, clarification, and this, of course, the growth of public degrees. But the most important thing – all those people who take the decision on the construction of the temple, the opening of the landfill, the redrawing of borders — all of them United by common moral and psychological modus in relation to the people: cattle will not talk.

I emphasize – this is typical for all of them. They perceive society as cattle. “We made the decision.” “Humble yourselves, pitiful slaves”. It is no coincidence that at such a critical moment when people need Pat on the head and look them in the eye, the newly appointed Deputy head of Yekaterinburg on internal and information policy said: “… threatened the prospects of development of the city: we risk to remain without the second metro line, with no major international events. I wish the organizers of these actions realize the scale of the damage they cause the city.”

Position of the city authorities – attack!

This causes the greatest resentment, which turns to rage, this is the nerve, there is no ideology, policy. This is true in the full sense for the patrons, for the city, to provincial, for ecclesiastical authorities. To resolve a situation they’re not going they will press. But the fact that it is still the backfire, and much faster than you think.

I can quote the words of my friend the priest, a man very loyal to the Church and Patriarch: “If we do so, do not be surprised when once again begin to destroy churches, and us — hang”. I understand that this is hyperbole and that, thank God, is impossible a repetition of rebellion in the 1920-1930-ies. But the moral and psychological reaction of the offended companies very sharp. And she will grow and go to the political plane.