Home / WORLD / Size matters in geopolitics, so the west is excited China’s population growth is ending. But here’s how Beijing will solve it

Size matters in geopolitics, so the west is excited China’s population growth is ending. But here’s how Beijing will solve it 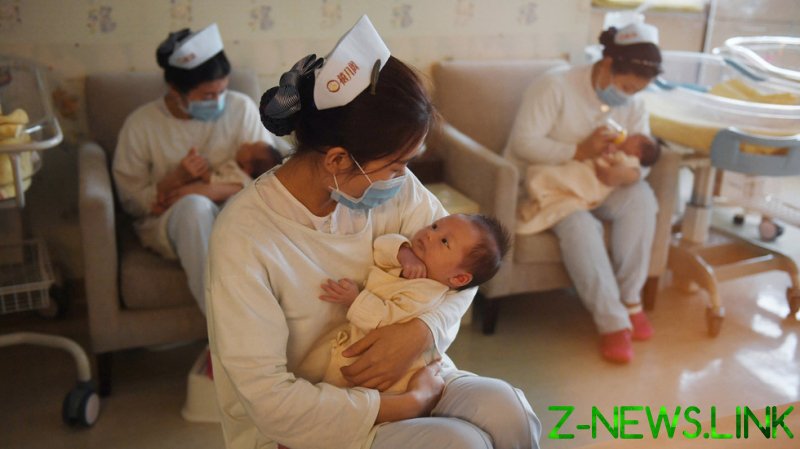 Although a census seems at first glance insignificant, the report gained widespread coverage by the international media, who transplanted it into the context of Chinese strategic competition with the United States. How is this important?

The answer is: Population matters, especially when it comes to economics. China’s population, which is aging and dropping in fertility, is frequently cited by skeptics as a reason why the country’s economic growth may not hold up in the long term, even though it is forecast to overtake that of the United States within the next decade. Why? Because they argue an older population means a smaller workforce, and a smaller workforce means less productivity, which has an impact on GDP. But is this bound to happen? Or will China find a way to mitigate it?

China is a country which has experienced an immense level of social and economic change and upheaval over the past century. In 1950, the first full year of the PRC, China was overwhelmingly a poor agrarian country where the average number of births per woman was six. The onset of Mao brought in a revolutionary change which sought to sweep away its Confucian traditions, overhaul the Chinese peasantry and reshape the role of women towards being equals in a new society.

This coincided with the rapid transformation of China into an industrial, urban society, a change which was accelerated by the reforms and opening under Deng Xiaoping. In 1978, Deng also implemented one of the most consequential policies on China’s demographics today, the One Child Policy, targeted at urban dwellers and designed to prevent overpopulation in a country which had then swelled to over a billion people (almost double that of 1950).

Yet even though that policy was eventually binned in 2015, China’s fertility rate has not bounced back, and that’s because the economic consequences of development have already made the decline in births a natural phenomenon, as opposed to being an artificial, imposed one. Along with long working hours, the cost of living in Chinese big cities is not cheap, and nor is the cost of raising a child, especially when in Chinese society an obligation is placed upon the parents to pay for their education. This decline is a trend all around the world, especially in more developed areas of Asia, such as Taiwan, Japan and South Korea, which are all having the same challenge of aging populations and low fertility rates.

In geopolitics, big is better

As a result, China’s demographic problems are being frequently paid-attention-to due to their geopolitical consequences, posing the question as to whether China can sustain any future lead it may gain over the US economy. It is worth keeping in mind, however, that the fertility rate of America is also gradually declining too, leading to a slowdown in growth and an aging population. However, the reason why this is deemed less consequential geopolitically is because America is a consumer economy where growth is premised more on spending, whereby China is an industrial one still attempting to make that transition.

In geopolitics, size matters. It’s why a recent book by a supporter of the Iraq war set out the case for America boosting its 330-million population by a factor of three. One billion Americans? Please, no…

So does all this mean China is doomed? Not necessarily. Coverage of China’s economic prospects are more than often pessimistic and there is a wishful over-tendency in western circles to forecast “doom.” Reversing a negative trend in fertility rates is difficult due to the massive economic changes that would require, but that does not mean Beijing does not have a toolbox to mitigate the problem.

The first one is the growing role of automation and robots in factories. As wages rise in China and the economic structure shifts, manufacturing is already becoming a less desirable career; strides forwards in artificial intelligence and automated manufacturing are already surging in China’s factories. Achieving that is a key part of the country’s industrial strategy, negating claims that its economy will remain strictly reliant on manpower, especially when it is becoming more educated and skilled. The state is already proposing the idea of subsidizing parents to have more than one child, raising the retirement age and scrapping family-planning policies, too.

There is also, as China becomes more developed, the option of permitting immigration from poorer countries too, an option the west will definitely turn to as decline sets in, but nonetheless the nature of its political system and opting for internal stability may thwart this as a serious option.

So is this population slow-down all lose-lose for Beijing, as some in the west like to hope it is? Only time will tell. It will certainly place strains on the country’s existing model, but the ability of the Chinese state to confront problems and find solutions in a very organized manner should not be underestimated.