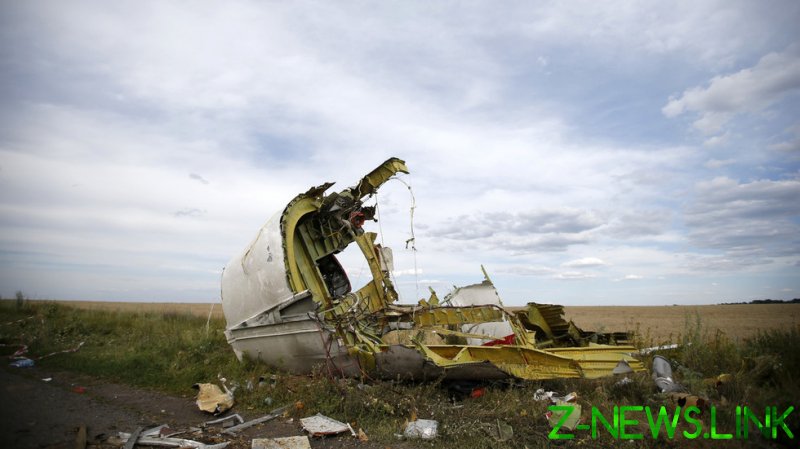 Instead, in a Thursday morning statement, Russian diplomats accused the two countries of seeking only to blame Moscow, and arriving at the process with a preconceived outcome.

It added that Russia agreed to trilateral consultations two years ago, hoping that these would help establish, based on hard facts, the true reasons behind the 2014 tragedy. The Boeing 777 crash, which occurred six years ago, during the hot phase of the war in Eastern Ukraine, took 298 lives, with 193 victims from the Netherlands and 27 from Australia.

But, according to the ministry, the Dutch and Australian governments had other goals in mind, as they only wanted “Russia to be declared the guilty party and compensation paid to the relatives of those that died,” the statement outlined.

In July this year, the Netherlands filed a suit against Russia at the European Court of Human Rights, alleging that Moscow had played a part in the downing of the Malaysia Airlines plane. Only three rounds of consultations had been held up to that point, but the Dutch authorities made the move without even waiting for the preliminary results from these.

“Such unfriendly actions of the Netherlands make trilateral consultations and our participation in them pointless,” Moscow insisted, adding that the blame for the failure of the process lay entirely with The Hague.

Russia is not curbing all contacts with the Netherlands on the issue, however. Its cooperation with Dutch officials on the MH17 tragedy will continue, but in other formats, the ministry said. Moscow denies any involvement in the downing of the plane, and regards the finding of the Dutch-led probe by the Joint Investigation Team (JIT) into the incident as politically biased.

The JIT ruled that Flight MH17 was shot down by a Soviet-made Buk air defense system, and claimed that rebels fighting the post-Maidan government in Kiev, in the Donbass Region, had obtained the system from Russia. Moscow insisted that the probe ignored a large batch of data on the crash that Russia was eager to provide, instead relying largely on the evidence from Ukraine, and on ‘open-source’ information such as clips of purported evidence posted on social media.

The material in the JIT’s case also lacked crucial data from Ukrainian radars and from photos made by US satellites, which Kiev and Washington respectively said they couldn’t provide. Another question that had been raised by Moscow is why the Ukrainian authorities hadn’t moved to close the airspace over an active war zone in Donbass.