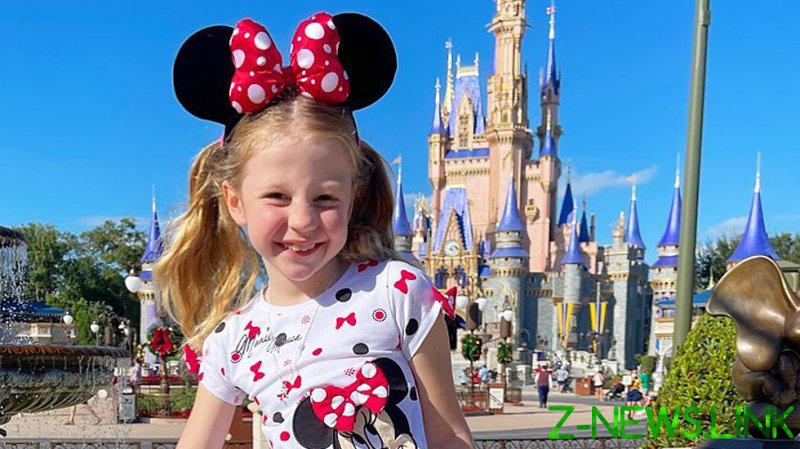 Anastasia Radzinskaya, who goes by the name Nastya on her channel, is the world’s seventh-wealthiest blogger, having generated 39 billion views in 2020 – the biggest viewer score among those listed. Her earnings reportedly reached $18.5 million in the 12 months to December.

Born in the Russian southern city of Krasnodar, she and her family now live in Florida, US.

‘Like Nastya’, the girl’s channel on the video platform, is run by her family and boasts in the region of 65.8 million subscribers – which is also the biggest figure in the top 10. The videos feature the likes of the girl and her father playing with Legos, doing household chores, and, in recent times, explaining the coronavirus pandemic in a way that other kids can comprehend.

Forbes describes Nastya’s videos as “colorful” and “expressive.” And, because they don’t feature much advanced language, they’re perfect for her global audience of tots.

Since her debut on the list last year, when Anastasia was named the third-richest across the platform, the girl has branched out. She has been gaining popularity on TikTok, where she is followed by three million users, and will reportedly launch her licensing program next year.

Nastya’s family has 10 channels on the platform, with subscribers totaling more than 190 million.

But Nastya isn’t, of course, the only youngster to amass a fortune from YouTubing. The number-one earner is Ryan Kaji, who started his career on the platform with a series of ‘unboxing’ videos, featuring the nine-year-old opening the packaging of new games and toys, and then playing with them. He has generated a whopping $29.5 million.

And then there’s Jimmy Donaldson, whose online alias is MrBeast. He has earned a still impressive $24 million, and has been identified as YouTube’s biggest new star. The 22-year-old posts attention-grabbing stunts that he puts hours of work into, the advertising proceeds of which allow him to donate thousands of dollars to charity, proving he has a social conscience as well as business acumen.