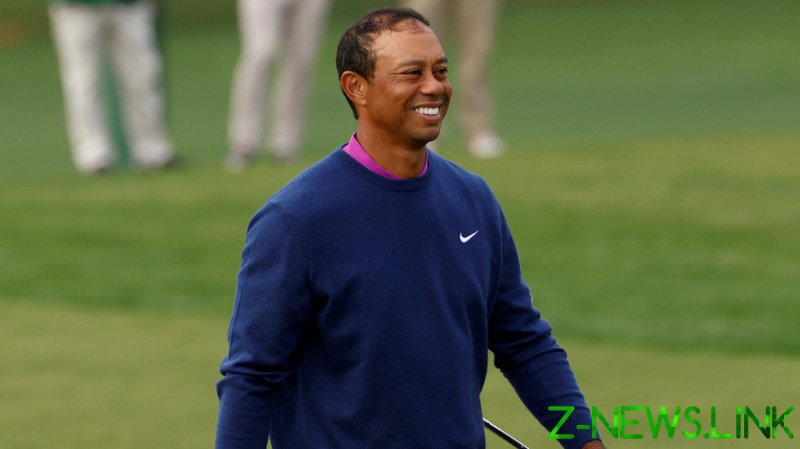 Legend of the game Woods suffered fractures to his right leg in a single-car crash near Los Angeles in February, when he had to be extricated from his vehicle after it flipped several times at high speed.

There had been fears for the former world number one’s future in the game, and his supporters and peers have been desperate for updates on his progress during his recovery.

That finally arrived on Sunday when Woods posted a clip in which he played a full shot on the range at Medalist Golf Club, near his Florida home, and added: “Making progress.”

“I wonder if Tiger and his crew laugh right before they post a swing video, knowing the entire free world is about the lose their damn minds,” responded American world number 33 Max Homa.

“I think I love this more,” said world number six Justin Thomas, who recently admitted that he did not know whether Woods would play again and suggested that the sporting great might be reluctant to return as a mere also-ran.

Fans were generally more restrained in their predictions, with some guessing that Woods could return to high-profile competition in 2023.

“The guy is literally defying the limits of the human body time and time again,” marveled one.

Former PGA Tour player Colt Knost pointed out that the reaction to the footage highlighted why Woods is in line for another huge payday without even playing competitively.

The PGA Tour’s new Player Impact Program (PIP) relies on a range of factors away from the green including popularity in Google searches and an index rating which “calibrates the value of the engagement a player drives across social and digital channels”.

“So, PGA Tour, we just need to know [now] who finishes second-to-tenth on the PIP,” said Knost, suggesting that Woods will sweep to the $8 million prize ahead of the likes of current world number one Jon Rahm, Bryson DeChambeau and Brooks Koepka.