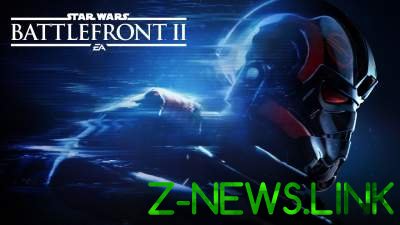 It may seem that it is not so much in comparison with some RPG.

Last week, Electronic Arts has reminded us with a special trailer, which unlike the first game of 2015, the year Star Wars Battlefront II will allow users to enjoy the campaign. Moreover, its creation involved not the DICE team and a separate Studio under the command of jade Raymond (Jade Raymond) Motive.

And now you know what time you will carry away a story of true Empire Eden Versio and its elite special squad to combat rebels “Inferno”.

According to the producer of Motive, David Robillard (David Robillard), through the campaign of Star Wars Battlefront II takes players from five to eight hours. Depending on the manner of passing, of course.

It may seem that it is not so much in comparison with some RPG. However, the Studio was important, on the one hand, to immerse gamers in the story, in this universe, and with another — not to tighten it excessively. So they came to the conclusion that five to eight hours should be at the time.

Star Wars Battlefront II will be available on PC, Xbox One and PlayStation 4 November 17, 2017. Incidentally, the same Robillard hinted that someday the game might be released on the Nintendo Switch. But first EA needs to see suitable opportunities in porting a shooter on another platform.