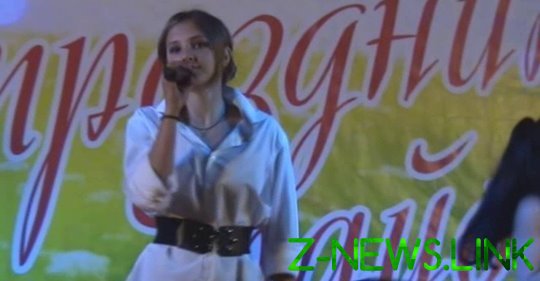 This is despite the fact that the girl does not show daily on TV.

I don’t think its success caused by the similarity of Natalia Polonskaya. Although the present singing of the former General Prosecutor of Crimea, Natalia Poklonskaya, is certainly interesting.

She sings in the style of the 90s. it Turns out people are nostalgic for those years, wants to live in those years, not today’s “light” years with increased maternal capital, with Buzova and Kirkorov.

It turns out people like and listen is not something that we see and impose?

And this is not an isolated success of the singer, a few new video gathered over 14 million views.

What is the secret of success? In people’s love that is not bought is.

In this regard me as a scientist interested in one important point. Any change of governments, nor the promises of our President Vladimir Putin will not have such popular support if they do not rely on the intimate and easy than actually Russians live.

Understand, understand…- sings Ekaterina Semenova and understand her more than 24 million, 12 times more than you need to become a Deputy of the State Duma.

What you have to say and understand Vladimr Putin to his video has been viewed 24 million inhabitants of Russia? The main thing – not to become Phillip Kirkorov!

And now we see the President began to understand us, to replace the Prime Minister, a lover of Ice Zeplina – came a fan of disco 90s.

What will it bring? We live in interesting times, and you can see how events will unfold.

If we continue the analogy with singer Ekaterina Semenova, she speaks little, most of the time, pays the home and raising children.

Maybe the Government now will start to care about the families of our citizens and children. The first step is taken.