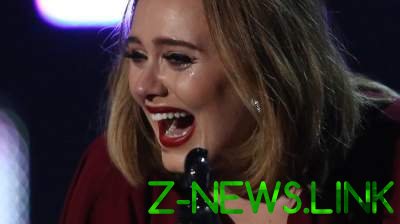 Hotels Las Vegas continue to hunt for the stars of show business. According to Western media, The Wynn Hotel has offered the British singer Adele a contract for $ 26 million, under which it will have during the year to perform regularly in the concert hall of their institution.

It is expected that the 29-year-old singer will receive 500 thousand dollars for each show in a hotel casino. Send documents for signature of the hotels are planning to the singer in January, until that time, all the details of the transaction are carefully worked out. Similar contracts are concluded already by many celebrities.

“Now every major hotel chain to boast that they got the greatest star… Caesars Palace is Mariah Carey, Planet Hollywood, Britney Spears. And we want Adele…Even if we are paying her half a million for a show, we are confident that we will still prosper,” – said the source in The Wynn Hotel.

Superstar resident hotels have already been Britney Spears, Mariah Carey and Celine Dion. The latter continues to give a series of concerts in exchange for each for 476 thousand dollars. If Adele accepts the offer, the record will be broken. The hotel management is willing to offer the singer the flexible terms of the contract, taking into account the incident that occurred with her this summer, next season will be seriously damaged vocal cords.

“Adele is a true professional and knows their abilities. We will be very flexible in negotiations and will do everything to get her consent,”– commented the representatives of the hotel.