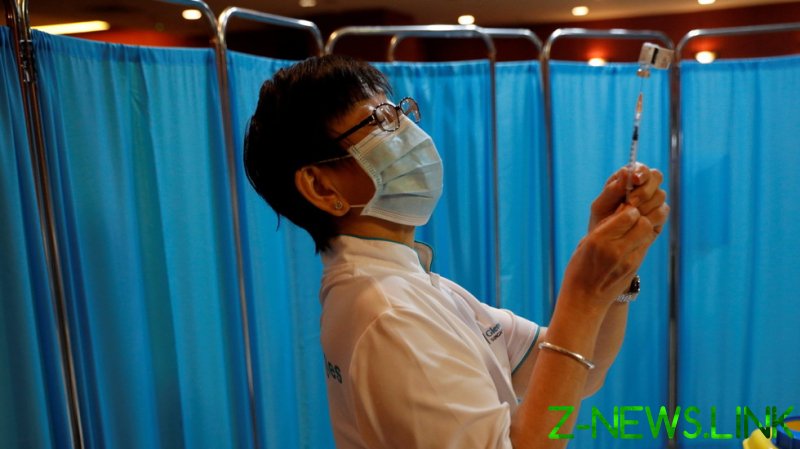 Written on “on behalf of many concerned pediatricians, primary care physicians, specialists, surgeons and GPs” and signed by a number of Singaporean medical professionals, the letter was posted on Facebook on Saturday. Its authors urged the authorities to “consider a short delay” in vaccinating youths with messenger ribonucleic acid (mRNA) jabs in view of the recent incident in the US.

Earlier this week, the Centers for Disease Control and Prevention (CDC) started an investigation into the death of a 13-year-old from Saginaw, Michigan, which occurred three days after he got his second shot of an unnamed coronavirus vaccine.

Vaccines made by Pfizer-BioNTech, Moderna and Johnson & Johnson have received emergency approval in the US, and all three of them are also in use in Singapore.

The medics who signed the letter argued that that the CDC should be given “a few weeks to produce robust and convincing data” on the teen’s death and the possibility of a link to the inoculation. They insist the issue is urgent because Singapore is pursuing “one of the most aggressive” mRNA programs in the world, in which at least 200,000 teenage boys are expected to be vaccinated.

“Certainly, we do not want to see any more suspected vaccine-related deaths in any young persons in the prime of their life,” the letter said.

As concerns spread, Singaporean parents have also launched a petition, asking the authorities of the island city-state to suspend the vaccination of those under 30, especially school kids from 12 to 15 years of age, until the CDC probe is complete. It has so far been signed by some 2,000 people.

On Sunday, the expert committee on Covid-19 vaccination confirmed that it had noted the medics’ letter. The authorities have provided assurance that they are closely monitoring local and global data to keep their recommendations up to date. At the moment, the assessment is that the benefits of Covid-19 jabs outweigh the risks posed by the virus, the committee said.

The body has advised that the vaccination of local youths should continue, but added that as a precaution they should avoid intensive physical activities for a week after the second shot and contact a doctor in the event of any health complications.

Vaccination is in full swing in Singapore, where over two million of its 5.7 million citizens have already received both shots of the jab. The city state aims to fully vaccinate two-thirds of its population, while also saying it will radically change its strategy of coping with the virus. A group of Singaporean ministers have declared in an editorial for the Straits Times that the plan is to lift travel bans and to “live normally with [Covid-19] in our midst” as the virus continues to mutate.

“We can’t eradicate it, but we can turn the pandemic into something much less threatening, like influenza or chickenpox, and get on with our lives,” the officials argued.