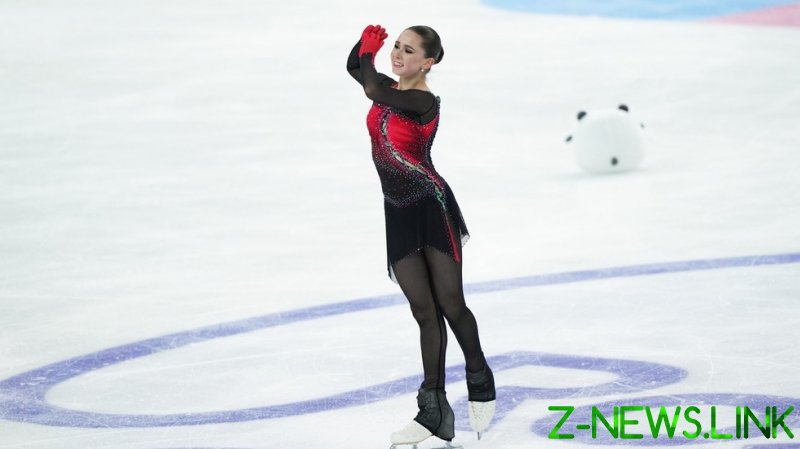 Having already registered a world-record score for her short program on Friday, Valieva followed that with a tally of 185.29 points for her free skate on Saturday at the Iceberg Skating Palace – breaking her own previous record of 180.89 set in Canada earlier this season.

That put the 15-year-old on a total of 272.71, clinching first place and also surpassing her previous world-record mark of 265.08.

It was a clean sweep on the podium for Russia at the sixth and final ISU Grand Prix of this season’s series as former world champion and fan favorite Elizaveta Tuktamysheva, 24, finished second on an overall score of 229.23 points.

Countrywoman Maiia Khromykh, 15, recovered from a disappointing fifth-place finish in the short program to land 154.97 points for her free routine, which was enough to place her third overall on 219.69 points.

All three Russian stars have secured spots at the ISU Grand Prix Finals in Osaka, Japan, which run from December 9 to 12. Five of the six Grand Prix slots will be filled by Russians, with Anna Shcherbakova and Alena Kostornaia having also qualified. Sakamoto Kaori of Japan will take the other place.

Coached by the revered Eteri Tutberidze, former world junior champion Valieva has made an impressive step up to the senior ranks, and her performances this season have marked her out as the strong favorite for the Grand Prix Finals title in Japan and the Olympic gold at the Winter Games in Beijing in February.

Skating to Maurice Ravel’s ‘Bolero’, Valieva landed three quad jumps and a triple Axel in her performance on Saturday.

It was pointed out online that Valieva’s score in Sochi would have been enough to win the men’s event, where the title was claimed by Russian-Georgian skater Morisi Kvitelashvil with an overall score of 266.33.

“Count me among those who just stood to applaud Kamila Valieva. That was simply unbelievable, even with a minor, minor mistake. It’s her world, and everyone else can just marvel,” said journalist Philip Hersh.