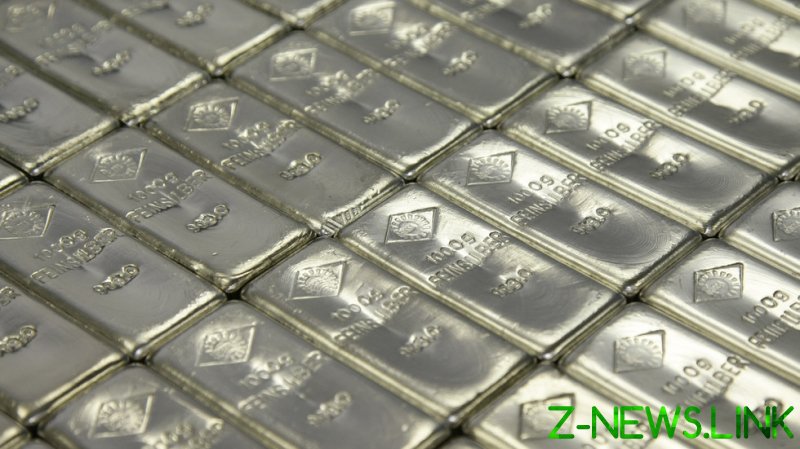 The bank’s head of commodities research, Eugen Weinberg, told CNBC that “The excess liquidity in the system, it is likely to create bubbles not only in silver but also probably commodities and other asset classes going forward.”

He suggested that the vast liquidity made available by central banks in the US and Europe will continue to inflate certain asset prices.

“This rally only started on Thursday last week and we also saw that it wasn’t just limited to the terminal markets or the futures and options market, but also went further into the silver indices or ETFs [exchange-traded funds] which also recorded, back on Friday, massive inflows,” he said.

Weinberg explained that, given the link between the physical availability of silver and the market demand, the rally might also “provoke some physical scarcity at times.”

The Reddit rush into unfavored stocks and silver would be unlikely to have such a big effect in larger markets such as gold, he said. “But there are huge amounts of metals that are probably all right now on the radar screen, starting from platinum, palladium and other smaller precious (metals) which are easier to hold, easier to buy via ETFs,” he added. “But it might also go towards the larger commodities.”

“I wouldn’t be even excluding the likes of oil being also addressed by the retail investors going forward, although the effect on silver and other smaller markets is likely to be more pronounced,” Weinberg said.

Silver jumped as much as 13 percent on Monday, hitting an eight-year high. The so-called silver squeeze followed the Reddit-driven surge in GameStop shares last week.