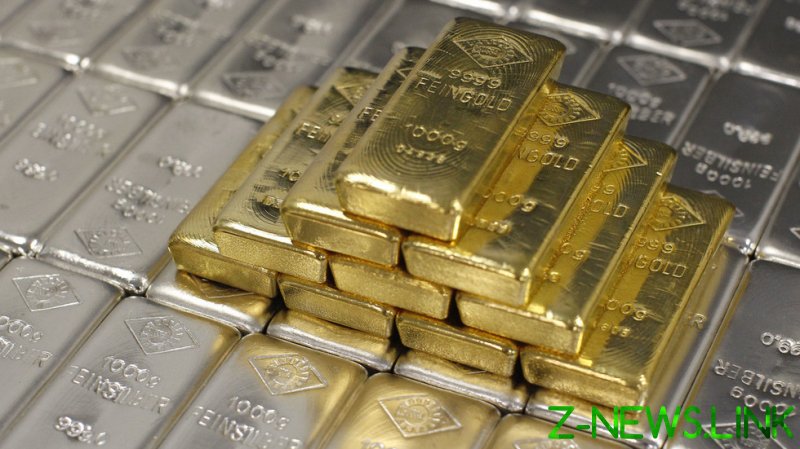 The yellow metal enjoyed a banner year driven by pandemic uncertainty, the weakness of the US dollar and low interest rates. After posting minor gains at the closing session of the year, gold booked around a six-percent rise for December. For the whole year, its price surged by nearly 25 percent to cap the best annual return since 2010.

Bullion performance seems to be less impressive though when compared to silver, which has also continued its glistening run this year. Despite slight losses on Thursday, the white metal is up nearly 50 percent year-on-year – the biggest annual advance in a decade. Similar gains were seen in palladium in 2019, which became the leader among metals back then.

It is not the first year both metals have proven their investment attractiveness. In 2019, gold and silver also enjoyed their strongest performance in years, rising by 18 percent and 15 percent respectively.

Some analysts expect the gold rally to continue this year, though it might be more modest compared to 2020 when it hit historic highs. Bullion prices could rise above $2,300 an ounce from the 2020 closing levels of below $1,900, according to expectations of Goldman Sachs, Commerzbank and CIBC as reported by Kitco. HSBC said that continued uncertainty could further support bullion prices, while Morgan Stanley noted that the performance of precious metals will depend on the situation on financial markets and longer maturity bond yields.