Sights on Syria: war-torn country becoming a tourist destination is a good thing 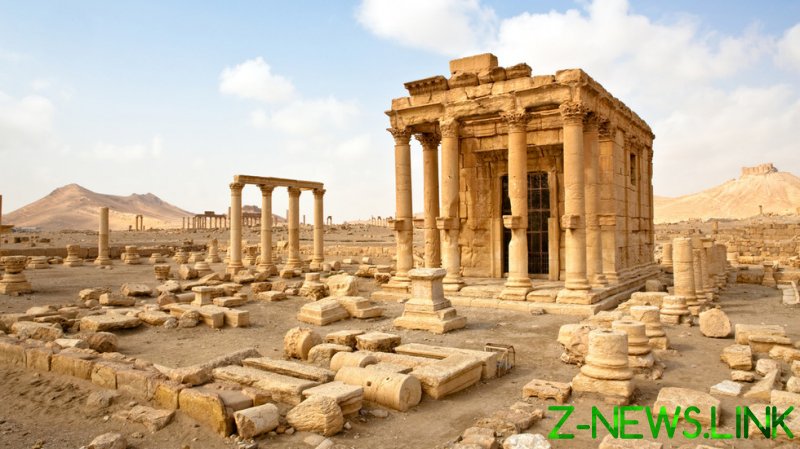 Tourism is finally, slowly, beginning to return to Syria, from Jordan and further afield. Naturally, the governments that fueled terrorism in hopes of toppling Syria’s government are not happy about this development.

I haven’t seen much reporting on this momentous turn of events so far. However, one article I came across mentioned “international tour agencies have started advertising trips to Syria for later this year and into early 2022,” writing that tours from the UK and Germany were booking quickly.

This, albeit slow, return of tourism is a good thing–for the shattered economy and the tourists. Before the war, around 8.5 million tourists visited Syria in 2010. With its ancient cities and UNESCO heritage sites like Palmyra, Krak des Chevaliers, old Damascus and old Aleppo, among others, Syria is a historian’s dream. Over the years, Syrians I’ve encountered frequently told me they wished tourists would return and, now, they can. Even I would like to return as a tourist, not a journalist, to just enjoy traveling across the country, taking in its amazing and ancient culture.

While my fifteen visits to Syria since 2014 have been to report on events on the ground, and to refute the brazen lies of war propagandists in Beirut, Istanbul or still further abroad, I have also had the chance to see much of the country.

It would take far more room than I have here to write about the interesting experiences and beautiful things I’ve seen there (in addition to the tragic testimonies taken), so I’ll just choose a few and suggest those interested to browse the videos in my Syria playlist and likewise those of my colleague Vanessa Beeley, who lives in Syria.

Many who haven’t visited or studied Syria mistakenly assume it is all desert, but it is a rich tapestry of lush coastal regions, mountains, vast forests and lakes as well. During a six-month stay last year, I had the chance to join an exploration group to hike and to camp in Latakia’s forests.

When I returned in March last year, I re-visited Aleppo, where the city’s historic souks were being painstakingly restored. I saw a little more reconstruction than I had in previous visits, although the Western sanctions against Syria target reconstruction, in addition to crippling the economy and causing the devaluing of the Syrian pound–because that’s how America likes to help Syrians.

At the incredible Aleppo citadel a year prior, I spent an afternoon wandering around, speaking with people, seeing families enjoying themselves, couples holding hands, kids playing, youths dancing…This freedom of movement and enjoyment of life was impossible under the rule of the terrorists whom the West dubbed “rebels.”

Visiting Syria will be not only a fascinating touristic experience, but a profoundly moving one, with each encounter ramming home how terribly the Syrian people have suffered during the war.

In Aleppo last March, I met a man traumatized by the torture he had endured by these Western-backed mercenaries, kept in underground prisons, often in solitary confinement. These underground prisons were common in areas terrorists occupied around Syria.

When I visited the Old City of Homs after its liberation in 2014, the destruction of its ancient churches was still fresh. Similarly, in 2014 when I visited ancient Maaloula (where Aramaic is still spoken) just following its liberation, the damage to its ancient monasteries and homes was visible, soot still on walls from fires terrorists set. In 2016 when I revisited, much restoration had been done.

When I went back in September 2018, during the Festival of the Cross, I attended mass and joined the celebrations afterwards, where men carried others on their shoulders, swigging Arak in the main square, and entire families climbed up the mountainside to celebrate late into the evening, fire spinners creating mesmerizing blazes.

A friend from the village, Abdo Haddad, summarized the importance of the Festival of the Cross:

“Tonight we are celebrating the finding of the cross that happened 1,700 years ago. This celebration is represented by putting fire on top of the mountains, from Jerusalem to Constantinople, to tell the people in Constantinople that the cross was found. Maaloula is the only place in the world that is still celebrating this custom. The only time that this custom stopped is when the so-called rebels and other ‘revolution’ people in Syria invaded Maaloula, and instead of putting fire on top of the mountain, they put our houses on fire.”

Had terrorism succeeded there, or across Syria, a rich culture and history would have been erased.

The City of Jasmine

During much of my time last year in Syria I was in Damascus, and I walked around the city daily, getting to know it like I had never had the time to before.

In Damascus, there is ancient history, culture and art everywhere you walk. Fragrant jasmine & bright bougainvillea adorn walls and archways. You can catch a concert at the beautiful Opera House, first-class seating, for the equivalent of a dollar.

No, most Syrians can’t afford this now, thanks to the shattered economy, but they used to be able to.

Walking around the city you can encounter musicians sitting on the remnants of a historic column and playing for the enjoyment of locals, likewise find oud players, and at night find youths gathered in a central Old City park, playing guitar and singing.

And while most of my encounters have been in Arabic, you will find some English speakers, some due to the nature of their work, others because they have lived abroad. Many will tell you that they support their president, and why.

In the winding back lanes you’ll see men delivering fresh milk by bicycle, kids playing football, and encounter residents eager to talk with foreigners again, equally eager to emphasize that media has been lying about events in Syria. Some are happy to show you around their old Damascene homes (many damaged by terrorists’ mortars).

In the many antique shops of the old city, you’ll find exquisitely-carved furniture, ornate chandeliers, and shop owners keen to speak to tourists again, inevitably speaking longingly of how good it was in Syria before the war.

A recent report on a visit to Syria by twelve Jewish New Yorkers, who had left the country some decades ago, revealed they were welcomed by the city residents with open arms, with one of the visitors saying “we went to shops in every place. They got to know us and said to us, ‘Welcome, this is your country, why aren’t you coming back? Look what happened to the country, please come back.’”

Given the monstrous war propaganda against Syria and Syrians this past decade, people might be surprised by the warm reception the US-based Jews got but that’s the thing about Syrians: they by and large don’t do sectarianism. That was foisted upon them by truly sectarian, tyrannical, entities like Saudi Arabia.

In my many visits to Syria, I’ve had countless encounters with Syrians telling me how they share holidays with their friends of other faiths. And if you visit Syria over Christmas and New Year, you’ll find Muslims going to the holy Christian sites in Old Damascus, and posing for photos in front of Christmas trees in al-Qassaa. Likewise, during ‘Eid holidays, you’ll see streets filled with Muslims and Christians, celebrating and eating together.

After so many years of being terrorized by mortars, missiles and snipers, as Syrians around the country were, Syrians in Damascus are finally able to walk their streets without fear of being maimed or murdered. The current terrorism they face is the West’s war on the Syrian economy.

On Tuesday, the UAE’s foreign minister met with President Assad in Damascus, another sign of the thawing of relations from countries that turned their backs on Syria. This follows Jordan’s reopening of its Syrian border and resumption of tourism.

The US, predictably, is crying about this turn of events.

Annoyed that countries are renewing ties with Syria, wretched Western politicians continue to make allegations about Syria that have been refuted, like a chemical attack in Douma, or repeating the initial lies about Syria: lies about peaceful protests and a revolution in the country, long-exposed lies that they should be ashamed to utter in 2021.

But, no matter how much hypocritical US representatives denounce Syria, those sociopaths who backed terrorism in Syria have lost the war, and Syria will rebuild. So, yes, it is a very good thing for Syrians that foreign visitors will return to that beautiful country and put money into its economy. And for the tourists: the only real thing you will be disappointed in if you visit Syria is when your time there is coming to an end.