Sidney Powell says ‘no reasonable person’ would take her election fraud claims as fact as she calls to toss $1.3bn Dominion suit 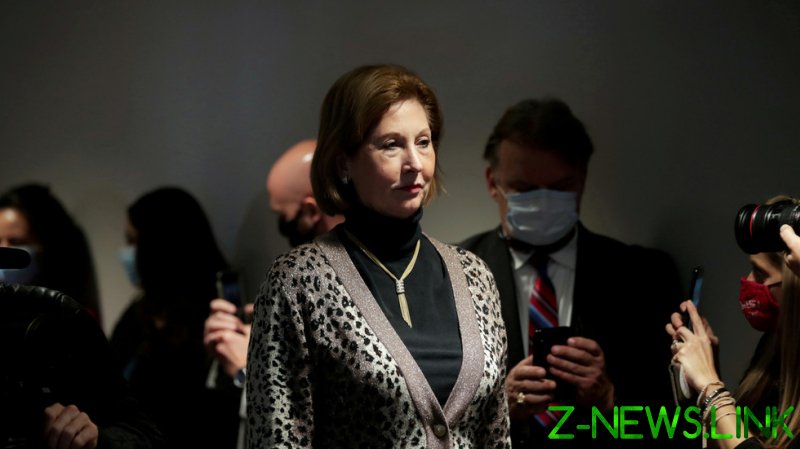 Powell’s attorneys called for dismissal in a Monday court filing, arguing that the case brought by Dominion Voting Systems was filed in the wrong jurisdiction, and that Powell’s claims about the company and its alleged role in rigging the 2020 race were covered under the First Amendment.

While the attorneys maintained that Powell continues to believe her allegations of fraud are true, they also argued that her claims were never meant to be taken as factual assertions, but rather as political rhetoric, and that “no reasonable person would conclude” they were “truly statements of fact.”

“All the allegedly defamatory statements attributed to [Powell] were made as part of the normal process of litigating issues of momentous significance and immense public interest,” the court filing reads.

Powell’s lawyers cited previous cases which ruled that courts should “shelter strong, even outrageous political speech” on the grounds that “the ordinary reader or listener, in the context of political debate” will take those statements as “some form of political opinion neither demonstrably true nor demonstrably false.” They added that “reasonable people” understand the “language of the political arena… is often vituperative, abusive and inexact.”

Dominion filed its massive defamation suit in January, after Powell had repeatedly accused the firm of taking part in a plot to throw the 2020 presidential election in Joe Biden’s favor. The voting machine company has launched similar cases against former Trump attorney Rudy Giuliani and MyPillow CEO Mike Lindell over their own claims of election fraud, which it has rejected as “sprawling and impermissibly incoherent.”

The firm said it is still “eager for the case to move forward and intends to hold Powell accountable” in response to her motion to dismiss the suit on Monday, adding that her attempt to scrap the case “contradicts her claim that she wants to present her evidence in court.”

While Trump was once a close ally to Powell, his reelection campaign moved to distance itself from the lawyer following the 2020 race, namely after a November 19 presser, where she claimed that Chinese and Iranian agents had infiltrated Dominion’s voting systems to scuttle Trump’s victory.

“Sidney Powell is practicing law on her own. She is not a member of the Trump Legal Team. She is also not a lawyer for the President in his personal capacity,” Giuliani and another Trump lawyer, Jenna Ellis, said in a statement in late November.

As of February, Powell also faces a separate defamation suit from another voting software firm, Smartmatic, which is seeking $2.7 billion from the attorney, as well as Giuliani and Fox News, over their fraud allegations.