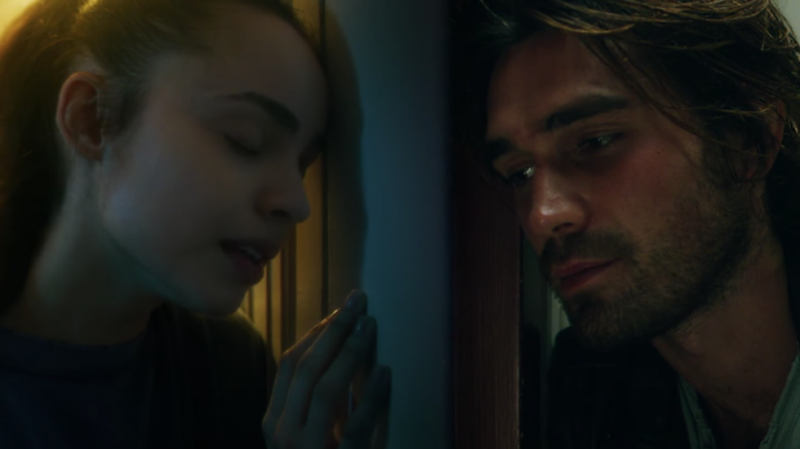 “This movie about a pandemic, made entirely during the pandemic, is not something anybody needs right now…or ever,” reads a review of ‘Songbird’ from The Ringer, which promises the movie will “make you sick.”

‘Songbird’, shot in June and released digitally today, is one of the most notable releases of 2020, as it was the first movie to enter production following lockdown orders in Los Angeles and across the country earlier this year. To make matters more interesting, the film is actually about a near-future where Covid-19 has mutated and the world’s response to the virus has only become more extreme.

While some may view producer Bay’s decision to rush a film about a pandemic into production during a pandemic as an exploitative move, numerous other film and television projects have since acknowledged Covid-19 in one way or another. Most have offered up schmaltzy, positive messages for these trying times, opting for cringeworthy titles such as ‘Love in the Time of Corona’. ‘Songbird’ however, is the first to cold-shoulder such hollow vibes and actually look at the fear and division that is a marker of the Covid-19 era. But much of the film’s criticism has been aimed at this decision, rather than its merits as a story.

Set in 2024, ‘Songbird’ follows a group of characters, each, in one way or another, a play on familiar beats we have seen in the time of Covid. There’s Nico (KJ Apa), a bike courier immune from the virus who lives an isolating existence as one of the few citizens not at risk of getting sick and an ‘essential worker’ serving those confined to their homes. There’s a wealthy couple (Bradley Whitford and Demi Moore) who sell fraudulent immunity bracelets for those looking to escape and roam free. They stand in for almost any corporation that has used Covid to their advantage. Other supporting cast members include a singer (Alexandra Daddario) who entertains her fans through livestream performances, and a wheelchair-bound veteran (Paul Walter Hauser), whose mental state has further deteriorated during the pandemic.

Oh, and Peter Stormare does his Peter Stormare thing, chewing up scenery as a Department of Sanitation official who finds himself given near-unlimited authority thanks to government lockdowns.

“Disobedience is spreading like a tornado,” he says at one point in the film, doing an impersonation of what any number of lockdown-loving, Covid-shaming politicians likely sound like when the cameras are turned off.

The main thrust of the narrative involves our bike courier needing to race against the clock to get an immunity bracelet for his girlfriend, who is being shipped off to a quarantine zone due to her grandmother getting sick.

“The fact that Michael Bay and Hollywood thought it was a good idea to make this movie while thousands of Americans are losing their lives daily from Covid-19 is sickening,” one critic wrote about ‘Songbird’ on Twitter.

The Globe and Mail slapped it with a “crass” warning for potential viewers.

The reactions to ‘Songbird’ really say more about the state of the media than the film itself. Bay has inadvertently given Covid fearmongers yet another opportunity to slap out a few hundred words on the pandemic and the oh-so important rule that we must do as we are told and never question the response to the virus.

The truth is ‘Songbird’ is not the conspiracy-laden piece of exploitation critics want you to think. It’s a sufficient B-action movie that never really aspires to be all that much more. It could have been made outside the Covid-19 pandemic with very few changes and no one would have batted an eyelid (and Dolph Lundgren could have earned himself a paycheck). Being made during the pandemic, however, and able to look squarely at a future in which social distancing, lockdowns, and wearing a mask have become an essential part of life catapults it into a different conversation.

This is where the movie actually has moments where it shines. Nothing in the story seems all that far-fetched because we’re only a few steps away from this world. Immunity bracelets may be a conceit of the movie, but proof of immunity or vaccinations has been floated as an idea by numerous government officials, including Dr. Anthony Fauci.

Characters are also obliged to scan themselves for the virus on their iPhones – their only real connection to the outside world – each and every morning. While we haven’t yet reached this point, anyone who has lived some kind of a life outside of their homes during the pandemic knows temperature checks at many businesses and locations are just part of the deal these days.

Stay-at-home orders also continue across numerous states, with some, such as California and New York, beginning to focus on shutting down specific areas considered ‘hot zones’ for the virus – a plot device that appears in the movie as well.

And a Department of Sanitation official as the villain would seem a silly concept any other year, but we’ve seen power grabs by politicians playing on fear on many occasions this year, as state leaders such as California Governor Gavin Newsom warn people to stay home and away from family members, but then flout their own rules to party it up. Or take Los Angeles, where the movie takes place – a city where Mayor Eric Garcetti’s restrictions on citizens have been called into question. Does he even have the authority to shut off utilities to homes not following new pandemic rules? Can he actually decide a restaurant is a non-essential business, but a podcasting studio is?

Director Adam Simon has stated in an interview he thought they may have been going too far with some of their pandemic predictions – until reality started to reflect the movie they were making.

“When we were writing it, we were debating whether we should put in a curfew, or whether that would be hard to believe. And then there were helicopters going over my house announcing a curfew that night,” the filmmaker told the Guardian.

None of this is to say ‘Songbird’ is any great piece of work. It’s an action thriller that very clearly fits in with Bay’s filmmaking style. There may not be explosions peppered throughout, as in his directorial efforts, but this is a glossy, sometimes over-the-top, sometimes too-serious-for-its-own-good action gut punch looking to entertain, above all else.

The film’s focus on Covid-19, however, and its defiance of typical government narratives currently selling us on lockdowns and government oversight is what appears to be irking critics more than anything else.

We live in a world where Trump daring to not wear a mask publicly generates a whirlwind controversy, and anyone who questions the ever-changing opinions on the virus of health officials such as Dr Anthony Fauci is labeled a conspiracy theorist endangering public health. It’s this same anger towards those questioning the government’s response to the virus, and its effect on people, that is at the heart of the less than glowing reviews for ‘Songbird.’

It may be a B-movie trying to get some eyeballs through the timing of its story, but ‘Songbird’ presents the uncomfortable truth that there may be no return to normal if we continue down a path where we repeatedly trust government heads who lie to us, or we keep believing that just one more shutdown will solve everything or a vaccine will suddenly wipe the world of danger. Even a small thriller presenting such questions through an otherwise standard action story is triggering for critics who so desperately need to believe that the return to ‘normal’ promised by our government overlords – if we just sacrifice a bit more – is right around the corner.