Home / WORLD / Sick puppies: Fauci under fire from lawmakers after reports of US taxpayer money spent on cruel drug experiments on dogs

Sick puppies: Fauci under fire from lawmakers after reports of US taxpayer money spent on cruel drug experiments on dogs 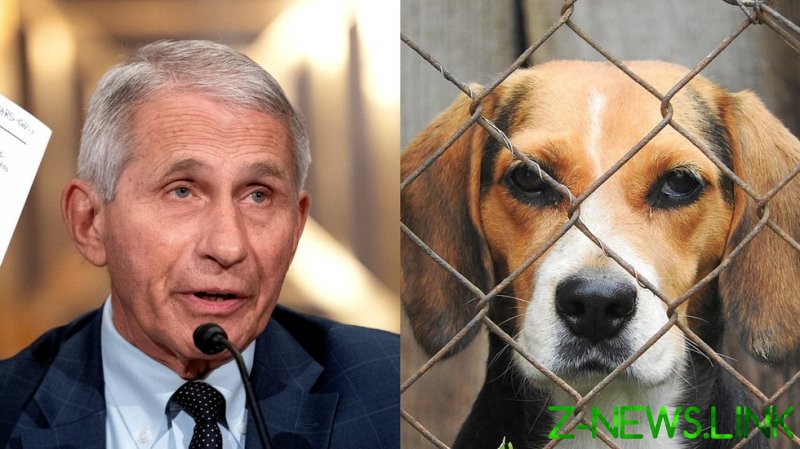 “We write with grave concerns about reports of costly, cruel and unnecessary taxpayer-funded experiments on dogs commissioned by the National Institute of Allergy and Infectious Diseases (NIAID),” 24 Republican and Democrat lawmakers said on Thursday in a letter to Fauci. The letter noted that as director of NIAID, Fauci had directed $1.68 million in taxpayer money to fund medical testing on at least 44 beagle puppies in 2018 and 2019.

An invoice sent to NIAID included a line item for “cordectomy,” a procedure in which the animal’s vocal cords were slit “to prevent them from barking, howling or crying,” the letter said.

As the US government’s highest-paid employee, Fauci oversees the NIAID’s $6 billion budget, including research grants. News of the congressional response to the beagle experiments raised fresh online outrage on Saturday.

For some observers, the taxpayer-funded puppy experiments raised questions about testing on humans. “Wait until they find out about the human experiments,” conservative pundit Candace Owens told her 2.9 million Twitter followers.