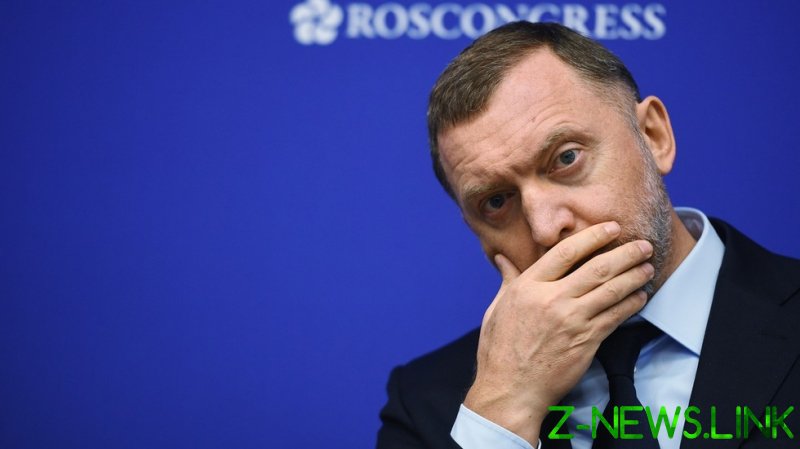 In a fiery rant posted online on Wednesday, the aluminum magnate suggested the raid had been in connection with claims Moscow had interfered in the 2016 American presidential election to secure a win for Republican candidate Donald Trump.

“As I watch what is going on in the US, my astonishment only grows at how staggeringly dumb the American establishment can be,” Deripaska said, arguing that authorities are “hell-bent on exploiting this tall tale of how the Russians allegedly played a decisive role in the 2016 election.”

According to him, Trump only “had help from these dumbasses in Washington DC who drove the voters to the point of such despair that they were ready to vote for just about anybody else – even a cartoon character – instead of the Clinton clan that is knee-deep in fraud and bribery.”

At the same time, Deripaska asked, “what mind-blowing sums of [Russian President Vladimir] Putin’s money did you find yesterday in those abandoned houses? Did you grab and enjoy the jam that went off in the pantry, or the vodka, like the Bolshevik dogs used to do during their searches? I’m so sick of these f**king jokers,” the billionaire concluded.

A spokesperson for Deripaska told reporters on Tuesday evening that a property in the US capital cordoned off by FBI agents did not belong to the businessman, but to his relatives. Officials told RIA Novosti that the house, as well as one in New York, were being searched on the basis of a court order.

In 2018, Deripaska was targeted by US Treasury Department sanctions, after officials claimed he’d acted as a proxy for Russian government officials. The wealth of the RUSAL metal empire’s founder is estimated by Forbes at $4.9 billion.

Deripaska’s lawyer said at the time that his client was a “victim” of the “general hysteria” around the events of ‘Russiagate.’ The billionaire later attempted to sue the US government over the sanctions, but the case was thrown out by a federal judge.