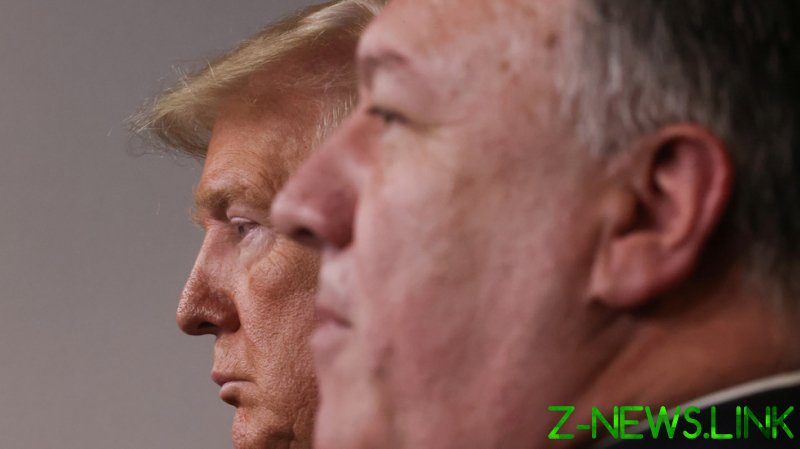 With just three days left until the end of the Trump administration, the secretary of state can still be considered one of the president’s ardent loyalists. While many around Trump deserted him in the fallout of the Capitol violence, Pompeo has stood by him and spent his final weeks spewing self-congratulatory and praiseworthy tweets glorifying his own legacies on Iran, Cuba, China, and more.

Pompeo’s tenure was effectively over, but it has been quite obvious to most that he’s already looking towards advancing his own political career. Commentators and journalists have long presumed that the former Kansas congressman is beefing up his own bid to run for the Republican nomination in 2024 and, of course, carry on the legacy of Trump.

It should not surprise people that Pompeo has used his stint as Secretary of State in pursuit of advancing his personal career, and what critics have described as his “politicisation of US foreign policy” is part of this. What’s meant by this is that he has not acted in the best interests of the United States, but instead focused on the interests of his own party politics and ambitions. This explains the inherent opportunism embedded in many of his actions and his attempts to undermine the incoming Joe Biden administration.

With many of Trump’s loyal supporters finding themselves increasingly discredited, Pompeo stands some chance of galvanizing the president’s base, although it’s hard to predict how US politics might evolve over the next four years.

Pompeo has a talent for spreading falsehoods and inflating conspiracy-led ‘talking points’ in order to undermine political opponents. When he was the US Representative for Kansas, he earned his brand as a prominent Tea Party Republican and permanently tainted Hilary Clinton through the Benghazi email scandal.

Since becoming Secretary of State, he has kept up his highly confrontational and controversial mode of politics, employing similar tactics against America’s adversaries, repeatedly appearing on Fox News, and weaponizing his position as an instrument for domestic gain. For example, he has constantly pushed the “Wuhan laboratory” conspiracy theory against China, while also recently framing Iran as having ties with Al-Qaeda, despite presenting no evidence.

So, what are his prospects for 2024? Pompeo arguably doesn’t appear in word or deed to be a ‘presidential’ figure. But then again, neither did Trump, and Pompeo is certainly more politically shrewd than the outgoing president.

Indeed, compared to others in the ‘Trump wing’ of the Republican party and in the president’s inner circle, Pompeo has some advantages. Unlike some close supporters of Trump, he has not disgraced himself sufficiently for the doors to be shut on his career by the broader Republican Party.

He’s managed to avoid this fate by not sticking his neck out too far during the Capitol crisis, feigning having held discussions over the 25th amendment, and only softly pushing one instance of the election-fraud narrative. Ted Cruz and Josh Hawley, in contrast, are now seeing the consequences of vigorously questioning the election results.

Pompeo has been able to connect with Trump’s base without over-committing. This could allow him to successfully galvanize them in a more calculated way with a view to potentially running for president himself, by declaring himself the anointed flag bearer of Trump’s cause.

He will inevitably come up against a number of rival Republican moderates, representing the traditional fiscally conservative, middle-class character of the GOP. But it cannot be said that these people constitute a majority of the party’s voters any more.

The unravelling of Trump’s presidency has not made his followers go away or change their beliefs; they feel angry, cheated and resentful at the system and will continue to be a political force. Who else is better suited to carry forward their cause?

Therefore, while multiple publications have branded him the “worst secretary of state in history” for his botched, self-interested attempt at leading America’s foreign policy, Pompeo is far from politically finished.

In transforming the State Department’s social media accounts into campaign platforms for himself in the administration’s dying days, he has set out his position and legacy to the Trumpian base as a launchpad to bigger things.

It will be fascinating to see what he does in the coming months to keep himself relevant on the political scene before his time comes. He will almost certainly create new conspiracy-led talking points about the Biden administration to prepare for his big bid and maximize his profile in the media. If his actions against China over the past year are reversed, for example, it is quite obvious he will publicly accuse the new White House of selling out to Beijing.

And so, while the Trump administration might be down and on its way out, it seems this is one politician who can use his role in it to his advantage while avoiding the pitfalls of being associated with the most divisive president in history. Expect more of Pompeo to come.