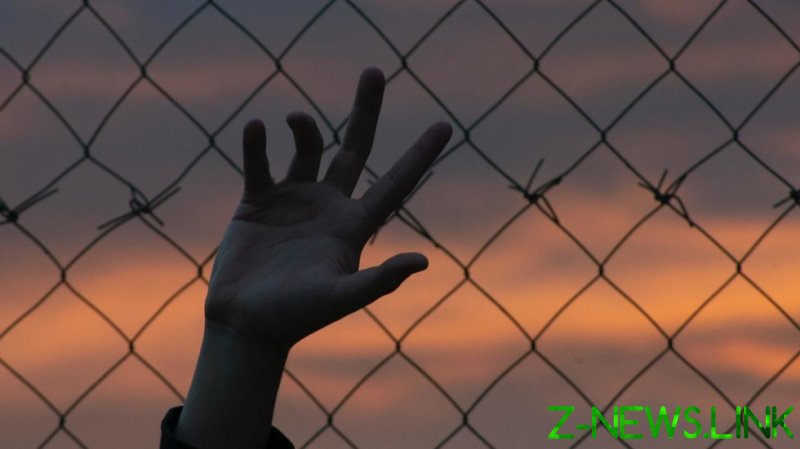 Tomieka Johnson was sentenced to 50 years behind bars by a California court in 2012 after she killed her abusive husband during a physical altercation. Johnson, a former highway patrol officer, told RT that she shared a cell with with a transgender prisoner who was “very violent and very vulgar.” The inmate would reportedly force women in the prison to clean the bathroom and wash the floors, leading to interactions that reminded Johnson of the domestic abuse she once suffered.

And although the inmate in question identified as a woman, the biological male allegedly had a girlfriend whom he would “beat” and “choke” regularly. According to Johnson, the prisoner in question sometimes became violent if his ‘girlfriend’ rejected his sexual advances.

“It would be, she didn’t want to be romantic and he would get angry and attack her… She never reported it,” Johnson told RT.

She believes that she was chosen to bunk with the transgender inmate because the guards in the prison thought it would be a good “joke” to make a former police officer share a cell with a biological male.

“I felt hopeless. I felt trapped,” she said of the experience.

At the start of this year, California passed legislation allowing trans inmates to request transfer to facilities that align with their gender identity. Since then, around 300 such requests have been submitted, with not a single request having been rejected as of June.

The policy was likely the result of politicians paying lip service to the LGBT community, which has been able to “pool resources” to exert political power in the state, Johnson said. She stressed that while some officials undoubtedly wanted to adopt policies that would keep everyone “safe,” authorities were clearly being left in the dark about what the policy meant for female inmates.

RT learned of a similar story in the United Kingdom. A former female prisoner in the UK said that she had been sexually assaulted by a transgender cellmate who had previously been put behind bars as a man for sex offenses against women.

“You always feel on edge. You know they are not women. They are physically threatening and aggressive,” she told RT.

I was sexually assaulted and I am not the only woman who has been. They haven’t had surgery and they expose themselves.

One of the biological males in prison with her was told that he couldn’t shower at the same time as the other inmates. The policy was overturned after he filed a formal complaint, alleging that his human rights had been violated.

“Now he is allowed to shower with us. And because he now has that right, the other males have that right too,” the said.

Female prisons in England and Wales can hold transgender women with gender recongition certificates who may still retain male genitalia.

The policy was recently upheld by an England and Wales high court. The judge ruled that while female inmates may feel threatened by biological males, the rights of transgender prisoners need to also be taken into consideration.

Kate Coleman, a British activist campaigning to keep prisons ‘single-sex’, told RT that the law needs to change if it’s seen as acceptable to place women and biological males in the same prison facilities.